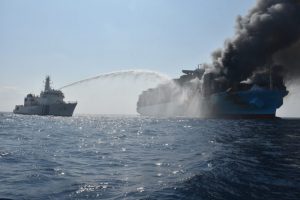 Maersk announced in a press release:

It is with deep sadness that we announce that the human remains of three of the four missing crew members after the fire aboard Maersk Honam have been found on board the vessel. At this point in time our three colleagues are unidentified.

With three of the four missing crew confirmed dead, the fourth is presumed dead. As such, Maersk announced a halt to the search for that final missing crew member:

Given the time passed and the severe fire damages of the vessel we must conclude by now that we have lost all four colleagues who have been missing since the fire onboard Maersk Honam which began on 6 March. All four families of our deceased colleagues have been informed.

A thorough search on board the Maersk Honam continues. However, the active search and rescue mission at sea will be brought to a halt.

This is a tragic outcome to the Maersk cargo ship fire, which is suspected to have started because of a container of misdeclared cargo. With the four missing crew lost, the death toll from the Honam fire is up to five.

“Our most heartfelt condolences go out to families of our deceased colleagues. We share their sorrow and do our outmost [sic] to support them in this devastating time,” says Chief Operating Officer, Søren Toft.

The fire has blazed for a full week today, having started last Tuesday (March 6th). Firefighting efforts continue. Maersk also gave an update about the progress of that fight in its press release:

The fire-fighting efforts on board Maersk Honam are progressing. Specialized firefighting vessels remain engaged, with salvage operations led by Smit Salvage and Ardent – two best-in-class companies within maritime salvage operations. Maersk Line is cooperating with the salvors and has two Marine Engineers onsite, working closely with Smit and Ardent.

An article in the Loadstar by Gavin van Marle reports that Maersk, along with its 2M partner MSC, declared general average (GA) late last week.

GA splits loss between all parties in a maritime accident. This means that all shippers with cargo on the Maersk Honam will share in the cargo damage and loss of the Honam fire, not only the shippers whose goods are actually damaged or lost in the blaze.

The legal principle of general average in maritime law actually comes out of merchant shipping practices that date all the way back to ancient times.

In his Loadstar article, van Marle gives some details about the GA declaration in the case of the Maersk Honam:

Law firm Richards Hogg Lindley has been appointed to collect the necessary GA security from shippers before cargo can be released.

This is yet another example of why cargo insurance or maritime insurance, including general average coverage, is important when importing and exporting goods. 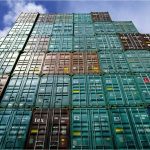 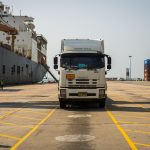