On November 30th, the MV One Apus had a massive shipping container collapse as it was hit by a storm and massive waves in the Pacific Ocean on its way to the Port of Long Beach. We blogged about all the details surrounding the unfortunate incident, including the estimate from an Ocean Network Express (ONE) press release that over 1,900 shipping containers could have been lost or damaged. While technically not wrong, that figure now seems like a significant understatement.

1,900 turned out to be a closer number to just the amount of shipping containers lost overboard. The containers remaining on the ship are not a pretty sight. Estimates now are saying 2,250 containers have been lost or damaged with more than not of them being 40 ft containers, making for a very high TEU (twenty-foot equivalent unit) count. Gavin van Marle reports in an article for the Loadstar:

New analysis of drone video footage of the ONE Apus container vessel, which suffered a dramatic stack collapse on 30 November in the Pacific, has revealed that as much as 4,500 teu could be lost or damaged.

The carrier confirmed that 1,816 containers had been lost overboard, including 64 dangerous goods (DG) boxes. It abandoned its route and returned to Japan, berthing at Kobe last week.

They say a picture is worth a thousand words, so let’s take a look at millions of words worth with 24-pictures-per-second videos of what those devastating container stack collapses look like on the ONE Apus. There are several videos on Youtube of containership and its unfortunate boxes, but gCaptain shared WK Webster & Company’s drone footage that van Marle refers to above:

The Loadstar article quotes WK Webster’s assessment of the damage:

“It can be seen [from the drone footage] that there are 22 bays on deck, of which 16 have collapsed to both port and starboard, leaving only six fully or partially intact,” said Michael Hird, director of cargo casualty management at WK Webster.

“With 20 rows of containers per bay, and with stack heights of between six and eight containers, we anticipate that approximately 2,250 containers have been lost or damaged.

“It will also be noted that the vast majority appear to be 40ft units and, therefore, equivalent to approximately 4,500 teu,” he said, adding that that figure would include the 1,816 units already reported by ONE.

“That would leave just over 400 collapsed on deck – except that the photos look like there are more than that on deck. So I suspect the numbers may change a little as the vessel sorts through the debris during the discharge operations,” he said.

When the ONE Apus ran into trouble, it was near Hawaii. Rather than complete its journey to the Port of Long Beach, the ship abandoned its route and headed back to Japan, where it docked, the damage is being assessed, and the process of offloading the containers have begun.

Several videos of the containership have been posted on Youtube from the period it was docking to being anchored at port. Here are a few that zoom in on those damaged containers.

Here’s one last video that compares a loaded One Apus to the mess the ship was in after the storm, helping to add a little more perspective to just how bad of a container collapse this was.

I’ve done my best to avoid mentioning cargo insurance through this post, despite the fact that WK Webster is a cargo claims consultancy company. However, I would be remiss not to mention just how much financial loss in cargo damage this stack collapse represents. The Maritime Executive reports:

The unprecedented container collapse aboard the boxship ONE Apus could end up costing $200 million in cargo damage, according to an estimate from a claims consultant.

That is an incredible amount loss, so yeah, always get cargo insurance. 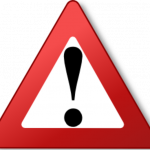