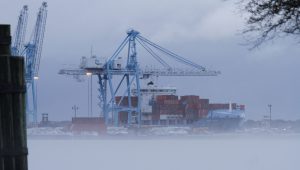 The first day of spring was on Tuesday, and with it came winter storms. Yeah, that makes sense.

Hugh R. Morley reported in the Journal of Commerce (JOC):

The four main terminals at the Port of New York and New Jersey closed at lunchtime Wednesday and the port announced that it will be closed Thursday, due to the snow storm hammering the Northeast.

According to Jonathan Wolfe in the New York Times, the snowstorm dropped 8.2 inches of snow by the time it broke this morning. That’s a pretty decent amount of snow, but the good news in that sentence is that the storm broke this morning.

See? I’m a glass half full type of guy. Somebody tell my wife that.

Anyway, with the breaking of the storm, many terminals were able to open this morning despite reports that they would be closed.

That tweet was followed up by the port tweeting that APMT is opening at 8:30 AM today; Columbia, RHCT, and GCT NY opening at 8 AM; and Interport at 10 AM. 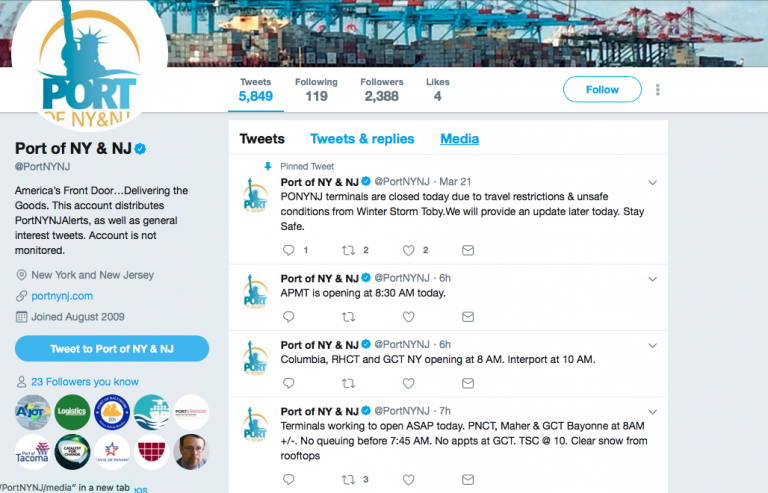 Obviously, the port authorities and dockworkers have been working hard to minimize the impact of the snow on the movement of goods through the ports.

This is good news for shippers with goods scheduled to be imported or exported through the ports.

Now we wait for the weather to catch up with the calendar, hoping this will be the only winter storm of the spring. But with all the severe weather over the last year, there will probably be more weather events affecting the ports that we’ll have to keep our eye on.

Ooh, that sounds like I just switched to being a glass is half empty type of guy. Don’t tell my wife.

As always, Universal Cargo keeps an eye on all the news impacting the international shipping industry to keep your cargo imports and exports moving smoothly. Twice a week, we post blogs about the biggest topics concerning international shipping as well as sharing information and resources to help you be a successful importer or exporter.