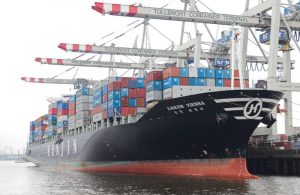 We now know who will be buying Hanjin’s Asia-U.S. assets.

Yes, we’re still talking about Hanjin Shipping. Yes, we know Donald Trump was elected president last week. Yes, we posted a blog on what his presidency means for shippers. No, that story doesn’t trump the biggest news in the international shipping industry: the fallout of Hanjin’s collapse.

In a turn only a little less surprising than Trump’s election, Korea Line won the bid to buy Hanjin Shipping’s Asia-U.S. assets.

Most industry experts thought the Asia-U.S. assets put up for sale after Hanjin’s collapse would be bought by South Korea’s other major container shipping company, Hyundai Merchant Marine (HMM). There were those who believed Maersk would move in for the acquisition because of Maersk’s announced strategy of acquiring struggling competitors in the ocean carrier business (although I was not among those). But I don’t know of anyone who thought Korea Line would move in and acquire these assets.

The biggest reason this is such a surprise is that Korea Line is not a container shipping company. Here’s a quick rundown of the company from Reuters:

KOREA LINE CORPORATION is a Korea-based company engaged in the provision of marine transportation services. The Company operates a fleet of carriers, including bulk carriers for iron ore, liquefied natural gas (LNG) carriers for natural gas, and tankers for oil and petroleum products. The Company’s customers include POSCO, Korea Gas Corporation and KOREA ELECTRIC POWER CORPORATION.

Notice Korea Line’s focus on bulk shipping. This looks like a big expansion moment for the mid-level shipping company to move into the container shipping sector.

Korea Line Corp. has been picked as the preferred bidder for the assets of Hanjin Shipping’s business between Asia and the United States, beating out Hyundai Merchant Marine (HMM), according to media reports.

The deal should be done quickly and is good news for the Asia-U.S. employees of Hanjin. Yonhap New reports:

The Seoul Central District Court said the final deal will be signed on Nov. 21, and in addition to the U.S.-Asia route, Korea Line has made a bid for Hanjin’s stake in the Port of Long Beach, California.

Hanjin Shipping owns a 54 percent stake in Total Terminals International (TTI), which operates two facilities in Long Beach and Seattle, and handles some 30 percent of cargo along the U.S. West Coast.

Hanjin Shipping’s Asia-U.S. route logs sales of up to 4 trillion won annually, and its market share stands at 7 percent, the sixth-largest among global shippers.

The court said Korea Line has expressed its intention to offer job security for some 700 land and sea-based employees working for Hanjin Shipping.

With all the financial struggle HMM has had, the stability of those 700 jobs seems much stronger with Korea Line. Workers must have breathed a sigh of relief upon the announcement of Korea Line’s bid being chosen; their labor union’s hopes for this outcome were made clear in an article from Korea JoongAng Daily:

“Our priority is on who can buy out the maximum workforce from Hanjin,” Hanjin Shipping’s labor union for office workers said in a statement Monday before the court’s announcement.

“We have no other option but to hope for Korea Line’s win as job security and financial stability can’t be guaranteed with Hyundai Merchant Marine,” the union’s leader, Chang Sung-hwan, said.

As we’ve been watching the ever shrinking competition pool of carriers in the container market of international shipping, it is interesting to see the possible emergence of a new significant player in container shipping. 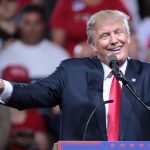