Transportation Secretary Pete Buttigieg went on a press tour, where he talked about the port congestion we’re seeing right now. The Biden Administration has been talking about the ports and the supply chain a great deal lately. Rather suddenly. Major congestion at the ports has been happening literally the entirety of Biden’s presidency. However, President Biden before now has shown a lack of care about shipping and the supply chain.

Tuesday’s blog about the president finally nominating an Administrator of the United States Maritime Administration at the Department of Transportation, after delaying the appointment for 278 days and closing the White House maritime desk while this same “supply chain crisis” has been raging, gives evidence that President Biden doesn’t really care about shipping and the supply chain. Why is the administration and their media allies so focused on it now? Because it’s politically beneficial.

Here are 6 things the supply chain story does for the Biden Administration.

1. It Creates a Diversion

First, the supply chain story shifts focus away from disasters this administration has caused. Disasters like those at the southern border and in Afghanistan.

Talking about holding meetings where the Port of Los Angeles agrees to go 24/7 and supply chain industry leaders and the International Longshore & Warehouse Union (ILWU) agree to cooperate with that sounds much better than talking about a botched withdrawal that got American soldiers killed; left American citizens, green card holders, and allies behind; and included the Biden administration blowing up an innocent family with seven kids and lying about it.

2. It Gives a Credit Grab Opportunity

Second, the story might give the administration an easy, much-needed win. And if it doesn’t, they can just point the finger of blame at the private sector.

This isn’t the first time the ports have suffered severe, drawn-out, and costly congestion, creating bottlenecks in the supply chain. It’s not even the first time this has taken place during the lead-up to the holiday shopping season. Think about the 2014-15 contentious ILWU contract negotiations. We had the bottlenecks, ships waiting at anchor, billions in costs to the economy, agricultural exports rotting on the docks, and imports not getting to retailers on time to make it to the shelves for holiday shopping. Eventually, the congestion got cleaned up, as it will this time.

The ports and supply chain players are executing strategies born out of experience to deal with the congestion, and it will be their execution of those strategies that will help determine how long it takes the ports to recover, not federal intervention. But that won’t stop the Biden Administration from jumping in and taking credit.

The ports are already likely to start recovering over the upcoming months for several reasons. We’re coming to the end of the annual peak season, when importing for the holiday shopping season starts to decline and we eventually reach a typically slower shipping season. As things open more and more, a percentage of the spending that moved from services, entertainment, and travel to goods – majorly increasing shipping demand over the last year and a half – will move back to people going out and traveling again. New shopping habits will be hard to break, but soaring inflation and stimulus money running out for people will also likely slow spending on goods.

No, the Biden Administration suddenly making a big deal about this problem they’ve been ignoring all this time and patting themselves on the backs for getting involved when the Ports of Los Angeles and Long Beach have extra motivation to get this cleaned up as quickly as possible because there’s the looming ILWU contract negotiations next year that could throw West Coast ports right back into congestion doesn’t wreak of opportunism at all.

4. It Makes a Great Scapegoat

Speaking of blame game, the supply chain problems are President Biden’s favorite scapegoat for inflation. It’s the perfect scapegoat because more expensive shipping does mean higher prices, so let’s blame port congestion and the supply chain for all the inflation we’re experiencing. Surely, spending trillions more than the government has and printing more money doesn’t have to do with inflation. Paying people to stay home rather than work doesn’t increase labor costs (and shortages) and contribute to inflation. Pushing vaccine mandates that cause people who refuse to comply to be fired or forced to quit doesn’t also increase labor shortages and costs (and I’m sure that helps the trucker shortage too).

Of course, it’s not true.

A week ago, I blogged about how port congestion is not the cause of inflation and what are the root causes of the increased shipping costs. If you’re a regular reader of this blog, you know that over the last year and a half I’ve written a great deal about what has caused the high freight rates we’re seeing and the supply chain problems we’re having. In fact, I’ve been writing about the issues building up to our current supply chain problems for the last ten years in Universal Cargo’s blog.

5. It’s a Chance to Do What the Biden Administration Does Best

Secretary Buttigieg repeatedly says on his press tour that the supply chain problems are happening because of incredible demand, which is caused by President Biden’s excellent work on the economy. One such quote, which has garnered much derision is:

If you were wondering what the Biden Administration does best, this is it: lie.

As mentioned above, and gone into in great detail in many previous posts, high demand is a big factor in the high freight rates we’ve been seeing and the congestion at the ports. This demand precedes Biden’s presidency. The ports were already seeing near-record to record level highs in goods moved through them for months before Biden took office. It doesn’t take much logic to know his presidency didn’t cause that. It is, in fact, impossible, assuming we still live by the rule of time only moving forward.

Furthermore, the economy and new jobs under this administration has repeatedly and severely underperformed. At first, the administration explained why the economy wasn’t performing well with excuses and absurd lies. My favorite was when Biden’s economic adviser Cecilia Rouse blamed April’s job numbers on Easter being in March this year (when Easter was in April):

Now instead of lying about why the economy isn’t performing well under President Biden, Secretary Buttigieg just lies and says the economy is performing so well it’s creating these problems.

No economist worth anything believes that Biden has guided the country out of a recession. On the contrary, some economists believe the economy, aided by Biden’s anti-growth tax-and-spend policies, is already in a recession worse than

“America has already slipped into a recession that could be as bad as the 2008 financial meltdown according to key consumer data, a Dartmouth College professor has warned.

“David Blanchflower, of Dartmouth, and Alex Bryson, of University College London, say that every slump since the 1980s has been foreshadowed by 10-point drops in consumer indices from the Conference Board and University of Michigan.

“The indices are drawn from questions put to ordinary Americans about their income expectations, employment conditions and what they expect for the US economy in the near future.

“The Conference Board has measured a 25.3-point drop in 2021, while UM has recorded an 18.4-point slump. This compares to a 19-point and a 21-point dip for the indices respectively ahead of the 2008 global financial crash.

“‘It seems to us that there is every likelihood that the United States entered recession at the end of 2021,’ the authors write in a new research paper.”

6. It Creates Opportunity to Push the Democrat’s Reconciliation Bill

Finally, the supply chain story gives an opportunity to push President Biden and the Democrat’s “infrastructure bill,” as Secretary Buttigieg and others refer to the $3.5 trillion reconciliation bill they want to pass on top of a bipartisan $1.2 trillion infrastructure bill.

In his press appearances, where Secretary Buttigieg talks about the supply chain, he eventually turns the topic to this crisis being why we need to pass the president’s infrastructure deal – again, talking about the $3.5 trillion reconciliation one. There are actually Democrats who refuse to go along with the exorbitant amount of spending in the bill, and the Democrats, led by Speaker Nancy Pelosi, won’t move forward with the $1.2 trillion infrastructure bill without the $3.5 trillion one.

It’s hard to reference just how much money that is, but to try, the total revenue – mostly made up of taxes – of the federal government in 2019 was $3.5 trillion.

If we’re going to talk about easing inflationary pressures, which Buttigieg pays lip service to in his press tour, out of control governmental spending seems like a good place to start. If we’re going to talk addressing labor shortage, we don’t do it by pushing people out of the workplace with vaccine mandates. And if we really care about shipping, supply chain, and infrastructure, we don’t hold an already enormous but likely to pass infrastructure bill hostage in an attempt to push through a plethora of agendas hidden in a massive $3.5 trillion bill.

I’ll leave you with a smattering of the Pete Buttigieg supply chain publicity tour, featuring interviews on Fox News, MSNBC, CNN, and NBC. 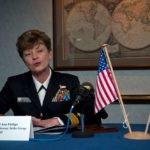 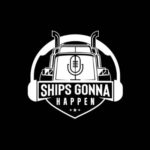