The displeasure with the new policy couldn’t be missed in a recent email I received about BNSF Railway’s new storage policy. Here’s a line from the email:

The tone could only be stronger if an expletive or two were added to the sentence.

So what’s the new policy that has people so up in arms? Here’s the announcement BSNF Railway made to its customers in June about the policy that went into effect last week:

Chargeable Days Modification
BNSF is returning to our prior policy of counting all days of the week, including Sunday, as part of the chargeable time calculations.

The phrase “including Sunday” is what has shippers so upset by the policy change.

The end of the “normal workweek” and weekends are common arrival times for shipments. BNSF Railway’s intermodal storage policy change means less time for shippers to get their shipments picked up before fees start accruing.

In a time when the international shipping industry is struggling with a shortage of truckers, getting shipments picked up in time may become a major challenge for many.

In an email in the same thread as the email I quoted earlier, an example of how the policy change affected when a shipment needed to be picked up and a warning for shippers to be vigilant is included:

I had a shipment… arrive into BNSF Houston on Saturday and the LFD [last free day] is today [Monday]. BNSF is beginning to include Sundays into their free time. Before if a shipment arrived on Saturday, I would have at least until Tuesday to pick up.

I guess the worst case situation would be if a shipment arrived on Friday…then we would have to pick up by Sunday. That would mean we’ll need our truckers to prepull Friday.

But please pay close attention to your LFDs.

Please pay attention to your last free day on shipments is a good warning. $150 a day on picking up late is a significant fee.

The example in the email was lucky to be a shipment arriving in Houston. That made it in Facility Group 2. Chicago, Los Angeles, Phoenix, Portland, San Bernardino, South Seattle, Stockton, and St. Louis all fall in Facility Group 1 and get one day less of free intermodal storage.

That means if the shipment mentioned in the email had arrived in Los Angeles on Saturday, its last free day would have been Sunday!

That’s not much of a window to get a trucker in to pick up your shipment in the country’s busiest city when it comes to international shipping.

What do you think about BNSF Railway’s move to include Sundays in their chargeable time calculations? Let us know in the comments section below. 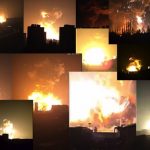