Could Florida Become the New “Asia Gateway” for Imports to the U.S.?

By Jared Vineyard
Posted October 1, 2015
In Asia, Imports, Port of Long Beach, Port of Los Angeles
Could Florida Become the New “Asia Gateway” for Imports to the U.S.?2015-10-012021-05-04https://www.universalcargo.com/wp-content/uploads/logo-white.pngUniversal Cargohttps://www.universalcargo.com/wp-content/uploads/logo-white.png200px200px
0

The Ports of Los Angeles and Long Beach have long reigned as the “Asia Gateway” to the United States. When it comes to imports from Asia, the twin ports in Southern California have been the place to ship through. That’s changing.

But the simple fact is that the Southern Californian ports are losing market share. The L.A. Times reported in June:

The ports handled 39% of U.S. container imports in 2002; that fell to 32% by 2013, according to U.S. census data. They have lost business to competitors at a time when, overall, global trade is booming and imports are rising at all ports, including L.A. and Long Beach.

With the expansion of the Panama Canal fast approaching completion, ports on the East Coast are looking to take advantage and take more market share away from the Ports of Los Angeles and Long Beach.

In Southern Florida, two competing ports are now working together to take that market share. And they may just grow to become the new kings. The TPM Asia Conference begins in two weeks in Shenzhen, China, and for the second year in a row, officials from PortMiami and Port Everglades will participate as business partners rather than competitors.

The two ports, along with the Florida East Coast Railway, will share a booth and sponsor receptions at the conference, as well as meet with high-level liner executives and users of ocean services in China.

The joint marketing effort is designed to overcome the lack of awareness about South Florida as an alternative gateway for Asian goods. Today, more than 55 percent of Asian goods consumed in Florida comes through ports outside the state, including ones as far away as Los Angeles.

With good reason, the ports in Florida think Floridians shouldn’t have to look to California for the arrival of their imported goods, even from Asia.

PortMiami and Port Everglades have been getting ready for the bigger ships that will be able to cross the Panama Canal with goods from Asia, as the American Shipper article points out:

… the U.S. Army Corps of Engineers last month completed a dredging project that gives Miami a 50-foot harbor and the ability to handle neo post-Panamax vessels, while Everglades is still in the pre-construction and engineering phase of deepening its harbor in Fort Lauderdale to 48 feet.

Here’s how the Florida ports are shifting focus from competing with each other to competing with the West Coast ports from the American Shipper article:

Natural competition will always exist between Miami and Everglades, “But if we can grow the pie larger we’ll both succeed,” Port Everglades Chief Executive Steven Cernak said on the floor of the Intermodal Association of North America’s expo in Fort Lauderdale last week.

“At the end of the day, we’re increasing the value of the region. What we’ve ascertained is there’s plenty for both ports to share if we collectively work to grow the business. Neither port can assume the other port’s operations. There’s only so much land to go around. We are at a point that we have to work together,” he said.

The Ports of Miami and Everglades putting aside their regional rivalry to increase Southern Florida’s pie in the market share is a very smart move. In the end, that will benefit both ports and hurt the Ports of Los Angeles and Long Beach.

Moving the Asian import hub from Southern California to Southern Florida could actually make a lot sense for carriers and shippers, not just because of the congestion and labor struggles on the West Coast, but because of the Florida market and the maneuverability of goods to other U.S. markets from Florida.

The American Shipper reported several of the benefits shipping directly to Florida offers:

The pitch to carriers and beneficial cargo owners is that ships have to call in South Florida because it is a large metropolitan market, but can then take advantage of new rail infrastructure to quickly reach other coveted population centers without having to stop at as many ports on the East Coast.

The Florida East Coast Railway in the past two years has added three long tracks of on-dock rail at PortMiami, rehabilitated a damaged rail bridge connecting the port with the mainland and restored a neglected main line to the bridge so that containers can moved directly from the wharf up to Jacksonville and beyond.

In the summer of 2014, the FEC Railway opened an intermodal container transfer facility on property at Port Everglades.

Florida last year surpassed New York as the third most populous state, with more than 19 million residents, but also hosts almost 100 million visitors a year. Central Florida is a huge consumer market and home to many vacation resorts.

Using the FEC Railway, cargo can be offloaded in Cocoa Beach and trucked to the Orlando area.

Port and railroad officials say they can interchange intermodal cars with the CSX and Norfolk Southern railroads in Jacksonville and deliver cargo to Atlanta, Ga., Charlotte, N.C., and Memphis, Tenn., within two days, and to the Midwest within four days.

Eric Olafson, trade development manager at PortMiami, also noted that South Florida has a turbocharged consumer market because many people from Latin America manage multiple households and often stay in the area for three to six months at a time. That means they need to buy goods to furnish their living spaces, as well as clothes and other goods. Many malls in the region average a quarter more business than malls in similar-size areas in the Midwest because of the foreign stay-over phenomenon, he said.

The strong local market offers ocean carriers the ability to collapse their services by stopping in Miami or Everglades and unloading discretionary inland cargo along with containers for South Florida.

Cargo will be on the rail to inland destinations instead of returning to sea and having to be unloaded at another port, enhancing speed to market and creating efficiencies for carriers, Olafson insisted.

The state of Florida is making a concerted effort to market the entire state as a trade and logistics hub. Gov. Rick Scott and the state legislature have invested more than $850 million in port-related infrastructure during the past four years. Enterprise Florida, the economic development arm of the state, is promoting Florida exports and logistics workforce development, while the Florida Ports Council has helped the ports speak with a unified voice on policy and investment issues.

That’s a great deal of appeal for carriers and shippers to import directly to the PortMiami and Port Everglades. With appeal slipping at the Ports of Los Angeles and Long Beach, could Florida become the new “Asia Gateway” to the United States?

If you ask PortMiami, not only could it happen but it is inevitable.

“I think you’re going to see more and more of this promoting Florida because it makes sense,” Olafson said. “And we think once the retailers, the ocean carriers become aware of this the change will be inevitable.”

The Ports of Long Beach and Los Angeles need to watch their backs. PortMiami and Port Everglades are coming for them. 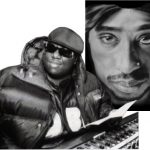