How High Are Freight Rates and How Long Will They Last? 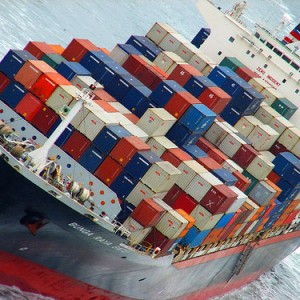 Shippers have been rushing to beat tariff increase dates on imports from China, increasing demand and rates. The next big date is January 1st, when 10% tariffs on somewhere around 250 million dollars worth of products from China are planned to increase to 25%.

That date gives shippers until about the halfway point in December to get import goods from China loaded onto cargo ships if they want to get those imports to West Coast ports like the Ports of Los Angeles, Long Beach, and Oakland in order to beat New Year’s tariffs. And mid December is really pushing it.

If shippers want to get those goods from China to the Ports of New York, New Jersey, Virginia, and other East or Gulf Coast ports, they need to get their ocean freight moving by early December.

Air freight obviously ships faster than ocean freight, giving shippers running right up against the deadline a little more time to get their imports moving before that January 1st deadline hits. However, air freight rates, already typically higher than ocean rates, are also up right now as a result of the U.S.-China trade war.

Ocean carriers very much needed the boost brought by this added demand during what’s already the peak season for international shipping. About a month ago, we posted a blog headlining that the U.S.-China trade war is saving the year for carriers. Carriers’ financial struggles over the last several years have been well documented. Those struggles largely stem from overcapacity. However, carriers have done a good job controlling capacity lately (for a change) with things like blank sailings and pulling service lines while demand highly, even if artificially, grew.

According to an American Shipper article by Chris Dupin published last week, ocean freight rates from China to the U.S. West Coast increased 1 percent from the previous week but are 69 percent higher than the same time last year. For shipments from China to the U.S. East Coast, Dupin reported a 6 percent increase from the previous week and 65 percent increase from 2017. Freightos Baltic Index (FBX) is the source Dupin sited for the data.

On the air freight side, Dupin reports a 12% increase per kilogram rate from last month on China to U.S. shipments.

FBX is not the only index keeping track of freight rates. Another is the Shanghai Containerized Freight Index (SCFI). According to a Mike Wackett written article in the Loadstar, published two days after the American Shipper one, SCFI puts China to U.S. West Coast rates at 82 percent higher than this time last year and U.S. East Coast rates at 88 percent higher.

Not only are rates high, with demand up and carriers’ rare but current discipline with capacity expected keep rates high as we’re finishing up the year, but carriers are planning to implement more General Rate Increases (GRIs) to maximize their opportunity for higher rates.

Wackett reports that GRIs are scheduled for November 15th and December 1st. While Wackett writes that the latter will be unlikely to succeed with the expected sharp decline in demand that will hit next month, I’d say there is a decent chance carriers could maintain that GRI for a week or two while shippers are racing to get their final shipments in from China before the January first tariffs hit.

My expectations for when the current upward pressure on freight rates will ease is in the last couple weeks of December, almost exactly one month from now. However, according to a Journal of Commerce (JOC) article by Bill Mongelluzzo, “Some are predicting a continuation of peak season-like conditions not just through the end of the year but continuing until the Chinese New Year holiday beginning in early February (Week 6) as shippers seek to get goods moving prior to the typical two-week shutdown of Chinese factories.”

That would be good news for carriers, but I still think the rush to beat the New Year tariff will result in things slowing down before we hit the new year. We’ll see who’s right on that in about a month. 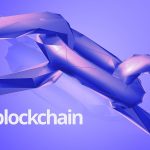 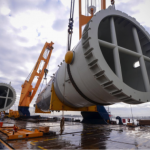