IMO 2020 went into effect on January 1st, requiring sea vessels, including container ships, to abide by a 0.5% sulfur cap on fuel or use scrubbers (systems that clean fuel in engines) in order to continue using cheaper fuel with up to 3.5% sulfur content.

We’re barely a week in on the new rule going into effect, so it’s too early to see all the effects IMO 2020 will have; however, some impact can already be seen.

This post rounds up the news surrounding IMO’s early impact and helps us see how IMO 2020 will continue to affect international shipping and U.S. importers and exporters specifically. 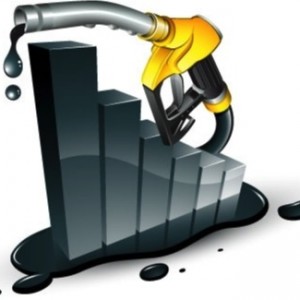 The big demand and price changes on different types of oil is creating some disruptions in the oil market. Richard Joswick reports in S&P Global:

IMO 2020 is disrupting multiple market segments but the pace of change varies, which itself is causing more disruption. HSFO prices collapsed in Q4 2019 and will stay weak. But 0.5% sulfur bunker fuel (VLSFO) prices have increased rapidly, are now steeply backwardated and trading at effective parity with marine gasoil. This indicates that the industry is straining to supply sufficient quantities of VLSFO despite drawing upon stockpiled low sulfur components from floating storage.

It’s going to take some time for the oil market to find equilibrium with the new and shifting levels of demand from the new fuel requirements in marine shipping.

What This Means for Container Shipping

There is good and bad news with the demand and price changes in the oil/fuel sector.

Let’s start with the good news.

The leading strategy for ocean carriers that handle global container shipping has been to install scrubbers in ships. Though many of those ships are yet to join the active fleet, there are still many that are already on the water. These ships get to utilize much, much cheaper fuel, which could help keep the price impact on shippers from rising too drastically.

Freight rates are still expected to rise with clean fuel fees being imposed on shippers by the carriers, of course, but the much lower fuel costs help balance the costs of installing scrubbers on ships, and may make low sulfur fuel surcharges less necessary.

Disruptions in the oil sector could trickle down to disruptions in the cargo shipping sector. Possible delays in obtaining the necessary marine fuel could delay voyages, resulting in unexpected blank sailings, and costs for shippers as they await the arrival of their goods.

Mike Wackett reports in the Loadstar that shipping lines are feeling the bite of the rising LSFO:

As the main bunkering hub in Asia, Singapore has seen high demand for LSFO push the price for the compliant fuel to over $700 per ton, from around $550 at the beginning of December.

Intra-Asia carriers will be particularly badly hit by this massive hike… Indeed, even regional carriers that have been able to secure low-sulphur fuel surcharges from customers will now find them inadequate to cover their additional operating costs.

And given already slim margins for intra-Asia carriers, some operators could be forced to rationalise networks and cull services in the coming weeks.

Transpacific cargo shipping so far has not seen this kind of disruption, and the upcoming Chinese New Year, when production in China basically stops for a little while and shipping demand significantly decreases, should help with the adjustment to the changes in fuel demand and production.

The initial transition to IMO 2020 has appeared to be pretty smooth for the ocean freight sector with no major disruptions seen for U.S. shippers so far.

Of course, it is still early and the disruptions mentioned above do have the potential to spread to cargo shipping, affecting U.S. importers and exporters.

Surprisingly, as IMO 2020 hit, freight rates did not make an initial jump that is significantly bigger than normal cargo shipping prices for this time of year.

That has industry experts warning shippers to prepare for more increases to strike.

Lars Jensen reported in the Journal of Commerce:

As of early January, the first spot rate readings in the new year have become available, and they basically show that rates should have increased quite a bit more than they did. As such, shippers need to brace themselves for more increases.

… the rate increases so far in 2020 are only $80 per FEU above the 10-year seasonal average development for the US West Coast and $38 per FEU higher for the US East Coast.

In the European trades, the same pattern emerges. In fact, the increase seen in rates from Asia to the Mediterranean in early 2020 is lower than the 10-year average for the same period.

The bottom line is that substantial part of the rate increases since Christmas — and even since the start of December — can be explained as normal seasonality. The carriers, therefore, cannot be said to have had a great deal of success in recouping low-sulfur fuel costs just yet.

As I mentioned earlier, much lower HSFO costs paired with the popularity in the use of scrubbers in the container shipping sector could be helping to keep freight rates and fees on shippers from soaring as much as they could with IMO 2020.

However, expect costs to rise…

Carriers were already beginning to impose low sulfur BAF fees at the end of 2018, and shippers should expect such fees to continue to be imposed as 2020 continues.

For example, the Loadstar article quoted above also made mention of CMA CGM’s announcement last week that it will be increasing its LSS20 (low-sulphur surcharge) on February 1st.

Therefore, even if freight rates themselves do not make significant jumps, it can be expected that shippers will be paying for the higher fuel costs through surcharges and fees.

There is actually much controversy brewing around low sulfur surcharges, their lack of transparency, and even whether or not they are ethical. We’ll get into that in an upcoming blog. 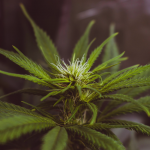