As shippers expected, more International Longshore & Warehouse Union (ILWU) slowdowns are happening at West Coast ports as contract negotiations lag on. Labor action is creating slowdowns at the Ports of Oakland and Seattle.

Bill Mongelluzzo reports in the Journal of Commerce (JOC):

Members of the International Longshore and Warehouse Union (ILWU) last week engaged in job actions in Oakland and the Northwest Seaport Alliance of Seattle and Tacoma that slowed down cargo-handling operations and prevented some terminal operators from working night shifts, waterfront sources told JOC.com.

… The moves are seen as a way for the union to flex its muscle to press the PMA for concessions.

The powerful union, along with the International Longshoremen’s Association (ILA) on the East Coast, have a history, generally considered a policy, of refusing to negotiate a new contract before the previous contract expires so as to flex its muscles by using slowdowns and threats of strike to gain leverage at the bargaining table. Slowdowns have been the union’s top weapon of choice since the 1990’s, and shippers tend to be the ones who pay with expensive delays.

In 2014, those delays meant goods not getting to store shelves in time for the holiday shopping season, agricultural exports rotting on the docks, and exporters permanently losing international trade partners. The port congestion as a result of labor action during those contentious 2014-15 negotiations cost the U.S. economy billions of dollars.

Coming back to the present, here are the Oakland and Seattle labor actions Mongelluzzo reports in his article:

Environmental protestors set up pickets last week at Terminal 5 in Seattle, demanding that machinists plug in vessels at berth and operate from shoreside power during vessel loading and unloading. The ILWU refused initially to cross the picket lines, citing health and safety reasons, but the pickets were later removed and the vessel was worked and departed the terminal.

T-5 is equipped to work vessels at berth from shoreside electrical power, but no vessels have been plugged in yet, according to a port spokesperson. T-5 for the past two years has been experiencing a jurisdictional dispute between the ILWU and the International Association of Machinists and Aerospace Workers over maintenance and repair work. The dispute is ongoing, although IAM machinists have been performing the M&R work without incident.

In Oakland, dockworkers last week started the day shift about 20 to 30 minutes late at Oakland International Container Terminal (OICT) and the TraPac and Everport terminals. According to waterfront sources, rather than showing up about 7:30 am to be ready to begin the shift at 8 am, which is the normal practice, ILWU dockworkers showed up at the gate at 8 am, delaying the start of the workday by about a half-hour.

Also in Oakland, ILWU equipment operators normally plan their breaks when their replacements are standing by to take over so there is no interruption in cargo handling. But last week, according to sources, the workers instead took “unit breaks,” which meant they all took their breaks at the same time, resulting in an interruption of cargo handling for the length of the break.

And ILWU Local 34 in Oakland last week was dispatching only about half of the normal marine clerks needed to work a shift, according to sources, so OICT was not able to work the night shift.

Collectively, the work slowdown tactics by the ILWU at the Oakland terminals resulted in a 25 percent reduction in productivity at the port, a source told JOC.com.

These are not the first labor actions during the current ILWU contract negotiations. Just last week, I was writing in Universal Cargo’s blog about ILWU slowdowns. This ILWU negotiation cycle’s labor actions I wrote about last week include:

Apparently, the ILWU is slowing negotiations as well, as Mongelluzzo continues:

The sources also said that coastwide negotiations in San Francisco were not held after Tuesday of last week because the daughter of an ILWU negotiator was getting married — which employers viewed as an obvious delay tactic.

A daughter’s wedding is certainly a significant moment in a person’s life. I wouldn’t blame someone at all for missing a day or two of negotiations over that. Though one would think other ILWU negotiators would be able to continue on without one member for a day or two. However, if by some chance this negotiator is the ILWU’s best one, I could see the union wanting to postpone. It does, however, give more time for the union to effectuate slowdowns, and it would not be the first time the union has stalled negotiations, if that is the case.

Indeed, the ILWU initiated a suspension of negotiations back in May, as shippers worried about the then upcoming July 1st expiration of the union’s master contract. We’re now approaching three months of union members working without a contract, and negotiations have stalled over a union juridictional dispute at the T5 terminal at the Port of Seattle.

Mongelluzzo wrote something interesting at the end of his article:

This year’s contract negotiations are being viewed differently than in past years because the Biden administration has maintained regular contact with both parties throughout the process as the White House does not want the US’ already stressed supply chain further disrupted by labor unrest on the West Coast.

I don’t see this set of negotiations being viewed any differently than previous iterations by shippers, many of whom diverted goods to East and Gulf Coast ports in anticipation of labor action causing disruption and delay. Just like in 2014, 2008, and going back to the 90’s, we’re seeing labor slowdowns during negotiations dragging past the previous contract’s expiration.

However, because of the politically charged moment in the run-up to midterm elections, I do see the media covering the situation differently and the White House getting involved earlier – only one of which is a bad thing.

Much of mainstream media leaning left means ILWU slowdowns are getting very little legacy media attention, as supply chain disruption is a negative for Democrats trying to stave off a red wave and keep control of Congress. When negotiations do get covered in mainstream news outlets, they’re often even covered in a positive light. For example, a week ago Augusta Saraiva wrote in an article for Bloomberg:

Dockworkers and their employers at 29 West Coast ports will keep cargo at the busiest US maritime operations moving as they negotiate a new labor contract, avoiding a repeat of the stoppages and delays that plagued supply chains in the 2014 talks, the head of the port of Long Beach said.

“I do believe that we’re not going to have a prolonged negotiation much less any slowdown or strike — so I’m very comfortable with how we are right now at the nation’s largest and most significant gateway,” Executive Director Mario Cordero said in an interview at Bloomberg News’ New York office Monday. “This is not what we saw in 2014, by no means.”

Some might consider negotiations dragging on for three months after the master contract expired with no apparent progress to be a prolonged negotiation. Notwithstanding, the article makes no mention of any slowdowns or labor action that had taken place up to the point of its publication.

Indeed, I’ve seen little but unadulterated praise from mainstream media for the Biden Administration over the tentative agreement, with no regard to the problems that still remain. Reaching a tentative agreement that has at least delayed a rail strike is certainly a victory for the Biden Administration, and I’m happy to see it trying to help deals get done both at the rails and the docks.

Rail stoppage or major port disruption from either of these negotiations would not only be disastrous for Democrats’ midterm election hopes but for the nations’ supply chains and already-in-recession economy. Luckily, midterm elections give the current administration extra motivation to get involved in seeing negotiation resolution than it took the Obama Administration to step in during the 2014-15 negotiations. Unfortunately, there’s been a lack of results so far with these current ILWU negotiations. Hopefully, the Biden Administration doesn’t botch this like it’s done with Afghanistan, oil policies, the lead-up to Russia’s invasion of Ukraine, the southern border, overspending pumping up inflation, et cetera, et cetera… 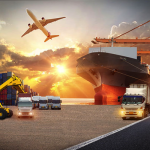