Is It Time to Change or Replace Ocean Shipping Reform Act?

Now that international shipping is dominated by three carrier alliances, the 2M, OCEAN Alliance, and THE Alliance, many shippers are worried about freight rate collusion between the shipping lines in these alliances.

Shippers are not alone. Members of Congress and the Department of Justice (DOJ) are also suspicious of aligned carriers taking part in antitrust activities.

In fact, the DOJ made a bold move back in March, when it subpoenaed CEOs of major container lines.

The Journal of Commerce (JOC) reported at the time:

US antitrust investigators last week raided the biannual Box Club meeting in San Francisco, handing subpoenas to the CEOs of major container lines and capitalizing on a rare window to exercise their power over non-US-based companies.

While there have been many price fixing investigations into carriers in recent years, the exact reason for these subpoenas is still not clear two months later. What is clear is the DOJ’s suspicion of antitrust activities between shipping lines.

Last year, the DOJ’s then Acting Assistant Attorney General Renata B. Hesse wrote a letter to the Federal Maritime Commission (FMC) about concerns over the concentration of the international shipping industry into only three major shipping alliances likely facilitating “coordination in an industry that is already prone to collusion”. Hesse even gave instances of that collusion, writing:

For example, four companies (three of which are slated to join THE Alliance) have pled guilty, and eight corporate executives have been indicted or pled guilty in connection with a worldwide conspiracy involving price fixing, bid-rigging, and market allocation among providers of roll-on, roll-off shipping.

Unfortunately for the DOJ, its power to go after carriers regarding antitrust activity is somewhat limited. The U.S. Ocean Shipping Reform Act of 1998 actually gives carriers some ability to cooperate on pricing, giving the shipping lines with FMC approved agreements limited antitrust immunity to discuss and agree on rate guidelines. Those rate guidelines would be voluntary, and the DOJ could go after shipping lines that went beyond this antitrust immunity.

However, many find it alarming that carriers could have any immunity to federal antitrust laws at all.

The idea in giving some immunity to the shipping lines was to allow the FMC, with more expertise on the international shipping industry, to regulate carriers and protect shippers, as well as the general public, when it comes to this industry. But has the Ocean Shipping Reform Act created an antitrust loophole that carriers are taking advantage of?

There are members of Congress who certainly think carrier alliances are cooperating on more than just ship operations, as is supposed to be the case with these carrier alliance vessel operating agreements.

In an American Shipper article by Chris Dupin, Rep. Peter DeFazio, D-Ore., the ranking member of the House Transportation & Infrastructure Committee was quoted as saying:

“The Box Club, who were all just subpoenaed, what were they doing?” he asked. “There is no one in the industry who thinks these people aren’t getting together in the room and colluding over pricing and who is going to control what harbors and what marine facilities, what they are going to do.

“It’s Pollyannaish to think these alliances are just going to just help make the industry more efficient. Twenty years ago, that might have been true. It’s not true today, and they are foreign controlled.”

“We need to revisit the Act, we need to revisit the assumptions that we are creating efficiencies and market forces here in these modern times, where we know state-owned enterprises and governments that are acting in a mercantilist way are not really interested in competition and they are interested in driving down their costs and dominating our markets and put- ting our people at disadvantage.”

DeFazio is not alone. Dupin’s article goes on to quote Rep. Duncan Hunter, R-Calif., as suggesting:

“An idea would be to maybe strip out the limited antitrust exemption that FMC can grant these consortiums totally, so they are not allowed to join together to put pressure on the ports, collude on price.”

The DOJ certainly thinks it’s time to do away with the portion of the Ocean Shipping Reform Act that makes carriers exempt from federal antitrust laws.

In another letter from Hesse to the FMC, she wrote, “The Department has long taken the position that the general antitrust exemption for international ocean shipping carrier agreements is no longer justified.”

The letter goes on to say:

The passage of the Ocean Shipping Reform Act in 1998 was a step towards deregulation, but the industry still lacks the full benefits of competition. The ocean shipping industry exhibits no extraordinary characteristics that warrant departure from competition policy. Price fixing and other anticompetitive practices by the industry over the years have imposed substantial costs on our economy through higher prices on a wide variety of goods shipped by ocean transportation.

So what do you think? Is it time to amend or replace the Ocean Shipping Reform Act to remove the exemption shipping lines with FMC approved agreements enjoy? Or would that just bring an extra layer of regulation to an already complex industry? 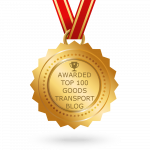 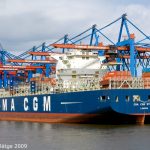