To help shippers improve their international shipping, Universal Cargo’s blog often points out problems with, risks to, and likely disruptions in the supply chain. The goal of making shippers aware of problems, both current and potential, is to help shippers mitigate negative impacts on their businesses and even find solutions before problems strike.

Port congestion has obviously been a major problem for U.S. ports lately, especially – though not exclusively – on the West Coast. The most shipped-through ports, those of Long Beach and Los Angeles, represent the epitome of port congestion. With the high risk of things getting, as hard as it is to believe, worse at West Coast ports from contentious ILWU contract negotiations in the upcoming months, we want to focus on a solution instead of the problem in today’s post.

That’s right, a little positivity – something there’s precious little of in the current news cycle.

Today we highlight an East Coast port that shippers can use as an alternative to congested West Coast ones: the Port of Wilmington.

Here are some specs of the Port of Wilmington from its own website:

Post- and neo-Panamax are terms that can be confusing – they almost sound like they should be the same thing. Neo-Panamax or New Panamax refers to the maximum size of ships that can fit through the Panama Canal since its expansion. Not remembering off the top of my head the specifications of how big these ships can be, I grabbed that information from Marine Insight:

These vessels have a load-carrying capacitance of about 13,000 Twenty-foot Equivalent Units (TEUs) with lengths up to 427 meters.

Ultimately, what all this adds up to is the Port of Wilmington is a medium-sized port that can handle very large ships.

When shippers think about East Coast ports to consider as alternatives to West Coast ports like those of Los Angeles and Long Beach, Wilmington is not likely to be the first to come to mind.

The first place shippers likely think is the Port of New York/New Jersey. It’s the busiest port on the East Coast, and not surprisingly, it has suffered a great deal of congestion lately too. If shippers did a Google search for top East Coast ports, after NY/NJ, they’d likely find the Ports of Savannah, Norfolk, and Charleston. These too have been top picks for alternative ports to West Coast ones.

While Universal Cargo’s ops team would be very familiar with the Port of Wilmington, I’ve probably mentioned the port in fewer than ten of the more than a thousand blogs I’ve posted here over the last decade.

What really brought the Port of Wilmington to my attention is a recent a email that Universal Cargo’s CEO forwarded me that claimed going to Wilmington, NC as an entry point for goods is worth taking advantage of because there’s no congestion there. Not at berth and not at truck gates.

My curiosity was piqued enough to investigate.

The first place I looked to find out if the claim that there is no congestion at the Port of Wilmington is true was shipping and news outlet write-ups to see if there was anything published about congestion at the port.

An easier way to get an idea of the congestion, or lack thereof, at the Port of Wilmington was to look at how many ships were currently there and how many were on their way. Utilizing MarineTraffic.com’s vessel tracking at the port, there are at the time of writing 16 vessels at the Port of Wilmington and 9 expected arrivals. That’s a perfectly reasonable number of ships for the medium-sized port to handle.

It’s not a fair comparison to directly compare the number of ships at both ports, considering the Ports of Los Angeles and Long Beach are much bigger ports and are the busiest in the nation in terms of capacity shipped through them, but the number of ships there is well beyond what those ports can reasonably handle. That’s why, for months in this blog, we’ve been talking about queues of ships waiting to berth there as a major indicator of the ports’ congestion.

Things are so congested at the Ports of Los Angeles and Long Beach, the queue of container ships waiting to berth hit an all-time high of 109 last month.

When you look at the number of ships at the Port of Wilmington vs. what it can handle compared to doing the same at the Ports of Los Angeles and Long Beach, you’ll find the ports are on the opposite ends of the spectrum when it comes to congestion.

Wilmington as a Solution

Clearly, the Port of Wilmington is a much smaller port than the Ports of Los Angeles and Long Beach. You couldn’t solve the port congestion at Los Angeles and Long Beach just by shifting cargo movement from these ports to Wilmington. However, for some shippers it is a very viable option for improving their businesses’ supply chains while things are bad at West Coast ports.

Ocean freight carriers seem to be taking more notice of the Port of Wilmington too. CMA CGM, the world’s 3rd largest carrier by capacity, will be making its first call on the port this month, according to a press release it put out in January. Such moves by shipping lines means more opportunities for shippers to utilize the port as a solution for bottlenecks set to delay their shipments through other ports.

Of course, there are additional East Coast and Gulf Coast ports to consider as well, but the Port of Wilmington is worth highlighting and looking into. 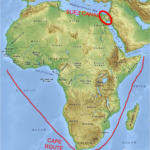