Fully Operational Port of Oakland Will Take Days to Recover

The Port of Oakland is back to full operation after truckers, with an assist from ILWU members, screeched the port to a halt last week over Assembly Bill 5 (AB 5).

You can catch up on AB 5 by reading these previous posts:

The port says it will take days to recover from last week’s disruption. I suspect, with the congestion that was already taking place at the port, effects could be felt for longer.

Protesting truckers on Monday confined their demonstrations to free-speech zones established Friday by the port that are located away from key terminal infrastructure, allowing dockworkers to process gate moves without incident.

It will take Oakland International Container Terminal (OICT), which handles approximately 70 percent of the port’s container volume, about three days to clear out the import containers that built up last week, and to receive all the export loads that couldn’t be delivered to the vessels, said Ed DeNike, president of SSA Containers, which operates OICT.

Those “free-speech zones” mentioned above were set up Friday as threats were laid upon protesting truckers the day before. Clarissa Hawes reported Friday in a FreightWaves article:

Nearly 200 port drivers attended a meeting in Oakland on Thursday after receiving the letters from the port and governor’s office. Harpeet Singh Sandhu, executive director of the American Sikh Congressional Caucus, urged the truckers at the meeting to find an attorney to represent them if they wanted to continue to protest Monday.

That’s because the port has established “designated safe protest areas” at the four terminals — Oakland International Container Terminal, also known as SSA, TraPac, Everport and Matson. No vehicles may obstruct any entrances or exits to terminal operations or any maritime business areas.

“Owner-operators must comply with all vehicular and local regulations,” Wan said in the letter. “Any protester who does not comply with the law may be cited and penalized by the responsible law enforcement agencies.”

Truckers Were Looking for Action from the Governor

Initially, independent truckers’ demonstration and strike over AB 5, which takes away their right to operate as independent truck owners and operators and forces them to become employees, grew in duration as truckers received no response on the issue from Governor Gavin Newsom, who signed the bill into law. Originally, the AB 5 protest was expected to last a day, then was expected to last three, but continued to grow in duration.

When Governor Newsom finally did respond, but only in the form of a written statement, it was in affirmation of AB 5 and ignored truckers’ plea to be made exempt from AB 5. Hawes reported:

In a statement, California Gov. Gavin Newsom affirmed AB5, a controversial law he signed in 2019 that seeks to limit the use of independent contractors and largely classify them as employee drivers.

… Newsom said independent truck drivers have had “sufficent time … to understand the requirements of the law.”

Unfortunately, no one really seems understands the full requirements of the law. How it will be enforced is extremely unclear, which is something on which truckers have also been seeking clarification.

Rules for Thee But Not for Me

The governor could choose to make truckers exempt from AB 5, since he has already shown the ability and willingness to make exemption. Well, if you’re his friend. Not surprisingly, AB 5 can be added to the list of Governor Newsom’s rules for thee but not for me (or my friends). The law was going to impact a mentor of Newsom’s, so he made the mentor exempt with an “urgent” bill. Protesting truckers have been pointing out this hypocrisy from the governor.

Their signs referenced a September 2020 article in Politico in which Newsom signed a bill lifting the limit on submissions by freelance writers, photographers and musicians after his mentor, Brown, the former San Francisco mayor and state assembly speaker, was told he had reached the 35-article submission cap under AB5 for his weekly column appearing in the San Francisco Chronicle.

The article stated the law, exempting Brown and others from AB5, went into effect immediately because “it was written as an urgency measure and received two-thirds support.”

According to the Politico article, Newsom later texted Brown, “I signed the bill, write the damn column!”

Of course, Newsome is the same governor whom the Democratic Party spent millions to save from a recall election. Among the many complaints leading up to the recall was the draconian COVID measures he enforced on the people of California while being caught on camera ignoring the rules himself.

AB 5 Exemptions Have Been Made for Others

When it comes to AB 5, many exemptions have already been made for other independent contractors. Hawes lists lawyers, real estate agents, and accountants among those made exempt. And Prop 22 made drivers of Uber and Lyft exempt. However, there is a legal challenge to Prop 22, so there could be drama on that front in the near future.

Independent truck drivers, of which there are approximately 70,000 in California, are a crucial part of the supply chain. If there was a group to urgently make exempt from this law, it’s them.

It is important to note, that there are millions more people in California who will be impacted directly by this law. In another FreightWaves article by Hawes (this one published on Thursday), she reported:

The independent contractor law not only affects California truckers but millions of freelance writers, translators, artists and consultants in the state. Many are supporting the truckers’ protest on social media, urging Newsom and the legislature to repeal AB5 or exempt them as well.

ILWU Supports AB 5 Despite Members Striking in Support of Truckers

Despite all the backlash on the bill and its devastating potential for truckers and the supply chain, it does still have supporters.

Officially, the ILWU has been in support of AB 5, as from the start, a goal of the bill has been the unionization of drivers. The ILWU reaffirmed its support of the law last week and put serious spin on its members’ respecting the truckers’ picket lines. Hawes reported in her Thursday article:

Late Wednesday, Bobby Olvera Jr., vice president of the International Longshore and Warehouse Union, issued a statement about its position on AB5.

“The ILWU believes collective bargaining is fundamental to workplace fairness and safety, as well as a foundation of democratic society,” Olvera’s statement read. “That’s why we support AB5: It aims to stop employers from misclassifying workers in order to stop these workers from forming unions and improving their lives.”

Farless Dailey III, president of ILWU Local 10, also released a statement Wednesday addressing the incident at the SSA terminal after 100 members refused to cross the protest line as truckers showed up early to block the gates.

“The workers stood by on health and safety, as is permitted in our contract when conditions at the terminals present a risk,” Dailey said.

Dailey’s explanation does not align with the statements made by ILWU dockworkers who refused to work and told the press they stand with the truckers. In our last blog on this, we shared one such quote an ILWU member gave to FreightWaves:

“We are working without a contract right now so we support the owner-operators and understand what they are trying to do.”

Indeed, the ILWU’s master contract expired July 1st. That leaves employers at the ports with little legal recourse if the powerful union decides to strike over its own or someone else’s grievances. The last thing shippers want to see is a rise of contention between the ILWU and employers during this time of contract negotiations. That has been very costly for shippers and the U.S. economy in the past. And there’s already the problematic issue of automation, which the ports need to advance to keep up with ever-growing international shipping volumes and the ILWU sees as an existential threat to fight against. 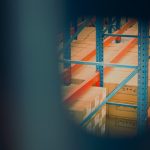