Truckers, with ILWU Assist, Disrupt Port of Oakland Over AB 5

The Port of Oakland can no longer claim operations have not been affected by truckers striking over the California’s Assembly Bill 5 (AB 5), which ends the independent owner and operator model of trucking in California. The controversial law requires truckers to be classified as employees of trucking companies, threatening to remove from the roads and ports 70,000 independent truckers, who have invested a great deal of money and often pride themselves on being independent and self-employed.

On Tuesday, with an assist from ILWU dockworkers, truckers majorly disrupted the Port of Oakland and by Wednesday, operations at the port had basically screeched to a halt.

Last week, when we blogged about truckers striking over AB 5, the ports claimed there had been no effect on operations. There had been a couple terminal disruptions at the time, but they said those were unrelated.

One of the biggest fears with a strike, as independent truckers are doing over this law, is that the International Longshore & Warehouse Union (ILWU) will decide not to cross the picket lines, effectively shutting down operations at the port. With the previous master contract expired since July 1st, there is no longer a no strike provision in place to stop the union from striking, whether over their own grievances or in solidarity with another striking group.

On Tuesday, the ILWU chose to honor the truckers’ picket line, refusing to cross and shutting down the Port of Oakland’s largest terminal.

Approximately 100 members of the International Longshore and Warehouse Union Local 10 refused to cross the protest line Tuesday as owner-operators blocked the gates of the SSA terminal, which is the largest operator at the Port of Oakland, in opposition of California’s controversial independent contractor law, AB5.

FreightWaves interviewed some Longshoremen who refused to work, printing the kind of quote shippers have been afraid of seeing from union members:

“We are working without a contract right now so we support the owner-operators and understand what they are trying to do,” said George, a nine-year ILWU member.

The dockworker uses the expiration of the latest labor contract at West Coast ports as a cause for the ILWU members to support truckers and shut down Oaklands largest terminal. Thankfully, the quote doesn’t show a great deal of animus from the dockworkers toward their employers, members of the Pacific Maritime Association (PMA). Such enmity would increase fear that a strike based on the union’s own grievances is likely on the way.

However, there is a clear fight over the issue of automation playing out between the PMA and ILWU. Additionally, seeing 100 ILWU members basically executing a secondary strike in support of truckers that shuts down a major port terminal is more than enough to add to the worry shippers have over disruption at the ports from possible contentious contract negotiations.

AB 5 has generally had the backing of unions because, from the beginning, one of its stated goals by those supporting it, including unions and politicians, has been to unionize drivers. It makes ILWU members’ decision to stand with truckers opposing the bill an interesting choice. Shippers are left to wonder how much the ILWU’s contract negotiations played into union members honoring truckers’ picket lines.

There certainly does seem to be ambivalence from the ILWU on whether to support truckers protesting AB 5, as the dockworkers didn’t honor the picket lines at all the terminals at the Port of Oakland.

However, Hawes’s FreightWaves article adds more detail to the scene:

Nearly 1,000 owner-operators, who showed up early Tuesday, also blocked access to the TraPac and Everport terminals, basically shutting down most of the container movement at the port.

So while the port spokesperson was doing his or her best to downplay the impact truckers protesting AB 5 were having, they clearly disrupted those terminals the spokesperson said were open.

On Wednesday, truckers effectively continued their protest at the Port of Oakland.

A second day of protests at the Port of Oakland led to more widespread closures and business impacts, as hundreds of truckers and allies descended on the port to rally against AB5.

Somewhere between 500 and 1,000 people showed up for the second day of protests, though it was difficult to estimate the exact headcount. People were split across the various terminal gates and rail ramps at the Port of Oakland, with 50 to 100 people at each location, protesters told Transport Dive.

Still, their presence made an impact, as truck activity ground to a halt at some, if not all, port terminals.

Waterside activity continued at some terminals, but truck gate activity was “either minimal or shutdown depending on the terminal,” Roberto Bernardo, director of communications at the Port of Oakland, told Transport Dive in an email.

Officials at the Port of Oakland said operations have been shut down due to ongoing protests by independent truckers over AB5, which may soon take effect.

The port said in a statement Wednesday that the shutdown will further exacerbate the congestion of containers at the port.

“We understand the frustration expressed by the protestors at California ports,” said Danny Wan, the port’s executive director. “But, prolonged stoppage of port operations in California for any reason will damage all the businesses operating at the ports and cause California ports to further suffer market share losses to competing ports.”

U.S. East Coast ports received a boost in market share recently due to shippers avoiding West Coast ports for fear of ILWU contract negotiations causing port disruptions. The shippers who made that choice are probably feeling very good about their decision right now. Still, there are plenty of shippers trying to move cargo through West Coast ports, including the Port of Oakland right now.

Mongelluzzo pointed out in his article the unfortunate timing of the disruption at the Port of Oakland, beyond that it coincides with the ILWU’s contract negotiations with the PMA:

The work stoppage at OICT, which handles about 70 percent of Oakland’s container volume, comes at an inopportune time for the Northern California port with the peak shipping season beginning to unfold. Imports from Asia to Oakland increased 1.3 percent in June over May, and were up 11.7 percent from June 2021, according to PIERS, a JOC.com sister product within S&P Global.

We’ll have to see how operations go at the Port of Oakland today. Originally, this was set to be a very short demonstration, but the truckers have already been talking about extending it to make their message of stopping AB 5 heard.

Lopez reported in his article:

…while originally the protests were meant to last only until Wednesday, [Navdeep Ngill, the president of Ocean Rail Logistics and a designated spokesperson for the movement] said the owner-operators had discussed extending the efforts through at least Friday. 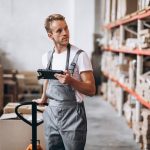