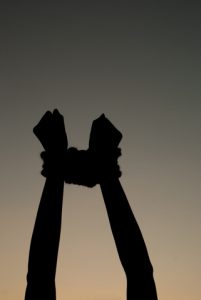 More than 8,000 UPS drivers will be trained by Truckers Against Trafficking (TAT) “how to recognize and respond to signs of human trafficking activity” according to an article from Transport Topics.

This is a great story to share right now as January is National Slavery and Human Trafficking Prevention Month.

The Transport Topics article expands on the program between UPS and TAT that is actually an expansion of a previous effort itself:

The new effort builds on the completion of a pilot project between TAT and UPS Freight across 10 states in December, which successfully trained 1,500 drivers, the group said.

“TAT’s goal is to saturate trucking and related industries with educational materials and to equip drivers on how to recognize sex trafficking, what to do, and importantly — what not to do,” Kendis Paris, executive director of TAT, said in a statement. “We are thrilled to have an industry leader like UPS on board, demonstrating the impact the business community can make to raise awareness and stop this horrific exploitation.”

Universal Cargo (UC) applauds these efforts of TAT and UPS and implores more to join the fight.

It was about six years ago that Time Magazine disturbingly said, “Despite more than a dozen international conventions banning slavery in the past 150 years, there are more slaves today than at any point in human history.”

Even as awareness has increased in the years since then, sex slavery continues to thrive. And not just in other countries, but right here in the United Sates.

“I think the awful irony,” UC President Shirley Burke said, “is that we are referred to as ‘The Land of the Free’ and there is slavery happening in our very own neighborhoods.”

Fighting and preventing human trafficking is something UC’s owners are passionate about.

For years, Universal Cargo has supported organizations like iEmpathize and Zoe International that fight human trafficking and the sex slavery it produces, where the victims are so often vulnerable children.

Human trafficking earns profits of roughly $150 billion a year for traffickers, according to the [International Labor Organization]. The following is a breakdown of profits, by sector:

The sheer magnitude of human trafficking, especially in the sector of sex slavery is mind blowing.

Polaris, another organization dedicated to the fight against human trafficking and sex slavery, further illuminates just how big the problem of sex trafficking is right here in the United States:

Truckers, moving across the roads of the country, are in a uniquely strong situation to see and do something about sex trafficking. That’s where TAT comes in.

TAT gives training on what to look for, how to recognize human/sex trafficking, and what to do about it. Of course, you don’t have to be a trucker to see the signs of sex trafficking. If you do suspect sex trafficking, there’s a number to call: 1-888-3737-888.

What are some signs you should be aware of to make a call? Check out Truckers Against Trafficking’s training video below, which not only gives tips on what to look for but also shares the story of a girl who suffered through being abducted and forced into sex slavery: 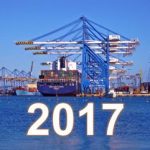