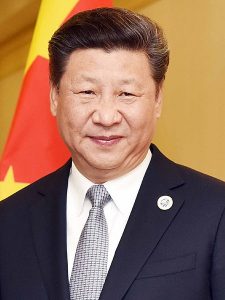 China increased its tariff threat against the US this week, seemingly moving China and the US closer to a full-out trade war.

Last week, as we blogged about whether or not the US and China are entering a full-fledged trade war, one of the major points in our post was that China announced $3 billion worth of retaliation tariffs on imports from the US. That was only a small fraction of China’s ability to retaliate to President Trump’s announced plan to hit China with $50 billion worth of tariffs on Chinese goods imported to the US.

China decided to make its threat of retaliatory tariffs equal to the level of tariffs the US threatened to implement.

China’s Ministry of Commerce on Wednesday [April 4th, 2018] announced its intent to impose 25 percent tariffs on 106 items imported from the United States worth about $50 billion…

This is a real tit for tat situation. Especially when you consider the fact that the US tariff threat is also from a retaliation perspective.

The U.S. Trade Representative (USTR) found China’s trade practices and policies with the US, especially when it comes to intellectual property, to be unreasonable, creating a market in which US companies do not receive fair and equitable treatment.

President Trump obviously bemoans China’s trade practices and policies and has promised to decrease the trade deficit, which depending on who calculates it and which methodology they use is in the $500 billion range or $800 billion range, that the US has with China.

China, obviously, does not see the Section 301 trade action the US is taking against it as justified. Bradley wrote in the American Shipper article that “China said the U.S.-proposed tariffs violate World Trade Organization rules, and threaten China’s economy and security.”

Tensions certainly seem to be mounting between these two world economic powers, but it appears the world is not buying that the US and China are really about to enter the full-fledged trade war that is threatened.

Initially, the US announcement of Section 301 actions, including tariffs on Chinese imported goods, followed by China’s announcement of $3 billion in retaliatory tariffs scared investors and sent stock markets around the world diving.

However, those initial fears seem to have been alleviated, even with China’s announcement to increase retaliatory tariffs to $50 billion, as markets rebounded.

Stocks powered higher again on Thursday [April 5th, 2018], sending the Dow up more than 300 points and extending a stunning comeback. On Wednesday, the Dow reversed a 510-point loss shortly after the open to finish higher by 230 points.

Will Martin reported in Business Insider how that rebound was not limited to the US stock market:

Martin’s article attributes this market turnaround to comments made by President Trump’s chief economic adviser, Larry Kudlow, quoting him as saying, “Don’t overreact — we’ll see how this works out.”

The threatened tariffs from the US and China have not actually hit yet, and investors and strategists are now seeing the threats as posturing and “gamesmanship” according La Monica’s article. La Monica wrote:

“The US and China are the two toughest kids in the playground, but they really don’t want to fight,” said JJ Kinahan, chief market strategist with TD Ameritrade.

Investors were also reassured by Larry Kudlow, the new director of the White House National Economic Council, who also characterized the tariffs as just proposals.

He reiterated that point on Thursday, telling reporters there is “nothing around the corner” regarding any concrete tariff plans.

As Donald Trump was running for president, he characterized previous leaders and their negotiations with China as stupid. His promise to negotiate a new deal with China that is better for the US likely helped in his election bid for president. Now we get to watch and see if his negotiation plan involving threatening China with tariffs is any smarter.

Is the US Entering a Full-Fledged Trade War with China?China, economics, economy, exports, Imports, International Shipping 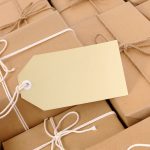