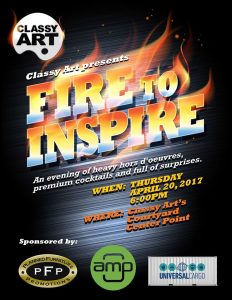 It’s here! The event of the season for furniture importers and sellers… actually, the furniture industry as a whole. The High Point Market!

Here at Universal Cargo, we love the High Point Market. That’s largely due to the fact that we love the furniture industry. It’s the top industry we serve as a trusted freight forwarder in the international shipping industry.

This year, Universal Cargo is not just attending the High Point Market but sponsoring a big party during it!

Every year since 1989, Universal Cargo CEO Devin Burke, along with other members of the team, attends the High Point Market.

For Burke, this isn’t just a chance to see clients and potential clients but a chance to meet and catch up with friends.

“I think I speak for a lot of people who come to market year in a year out,” Burke said. “I really look forward to coming every six months, not just because of the prospect of business, but because of so many lasting friendships that have developed through the years. It is truly a joy to come and see old friends here.”

You can find Burke wandering the High Point Market (where he may challenge you to a push up contest, tell you a wildly punny joke, and ask to record you on his phone for our Youtube channel), but you’ll be missing out if you don’t join him at the Fire to Inspire party on the first night of the High Point Market.

Yes, that’s Devin Burke in the above video. Doesn’t he just look like someone who’d be fun to party with (as the saying goes, he also works hard)?

Everyone will be talking about the Fire to Inspire party for the rest of the High Point Market Week, so you won’t want to miss this event anyway, even if you don’t care about partying with Burke.

Universal Cargo is sponsoring this party that’s presented by Classy Art. The party kicks off at 6pm on Thursday, April 20th, 2017 and will be full of hors d’oeuvre and surprises. You won’t want to miss it.

The High Point Market--happening from April 20th to April 26th in High Point, NC--is the largest home furnishing show in the world. If you’re in the furniture business, you--like Universal Cargo--should never miss it.

Universal Cargo never misses High Point because we take care of all your furniture importing and exporting needs.

Offering short-term and long-term rate agreements, Universal Cargo will be able to handle every facet of the move, including delivery to the door of major big box retail establishments.  We are experienced in dealing with major retailers that have very stringent delivery requirements, such as Costco and Menards.

Universal Cargo has been a trusted freight forwarder for over 30 years, but we began working with furniture manufacturers in 1989. Quickly, the furniture industry became the top industry we serve. With all that industry-specific experience, Universal Cargo knows and caters to the specific needs of furniture sellers like yourself.

At competitive rates, Universal Cargo’s friendly staff will provide you with reliable, transparent, and personalized service, covering every detail of shipping your furniture around the world.

We can’t wait to see you at High Point and the Fire to Inspire party. 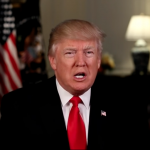