Are Sailing Ships Solution to Pollution Problem in Ocean Shipping?

The ocean freight sector of international shipping is getting closer and closer to the International Maritime Organization’s (IMO) 0.5 percent sulfur cap on fuel. That goes into effect in 2020.

Reducing CO2 emissions in ocean shipping is obviously great for the environment, but just how will carriers reduce fuel emissions to meet these new regulations? Cleaner fuel, electric power, scrubbers to clean traditional fuel in ships are all popular solution suggestions… 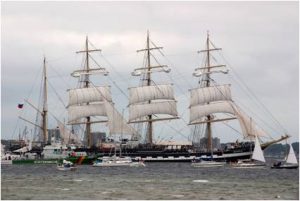 But how about a return to traditional sailing?

Yes, sailing, with actual canvas sails that use the wind to push a ship forward. Renault, a French car manufacturer, is turning to traditional sailing to reduce emissions in the transatlantic shipping of its cars just in time for the 2020 regulation change.

Renault has signed a three-year deal with French developer Neoline to construct two wind-powered ro-ro vessels to operate on a transatlantic route from 2020.

Ro-ro stands for roll on/roll off, an option for the shipping of cars where they’re literally rolled on and off of cargo vessels rather than loaded in shipping containers to be transported over sea and ocean.

The 136-metre long Neoliner has a beam of 24.2 metres and a standard sailing speed of 11 knots. It has some 4,200sq metres of sail and features “an innovative blend of technical solutions borrowed from the maritime transport industry, as well as from competitive sailing”.

The ship design features a loading ramp at the rear to 1,700 linear metres of cargo space – equating to 478 vehicles.

It doesn’t get any cleaner than using wind to propel a ship. While the wind obviously is not the only power these ships will have for propulsion, it will be the main source. The Loadstar article continues:

Neoline said its primary use of wind power would result in the equivalent of a reduction of CO2 emissions by some 90%.

These Renault commissioned Neoline will be sailing on a route between Nantes, the U.S. East Coast, and the island of St. Pierre off Canada’s coast according the article.

Most of the talk lately has been about scrubbers, cleaner fuel options, and electric ships to reduce emissions, but returning to wind power is not a new idea. The industry has been looking into it and developing ideas on its execution for quite some time.

In 2012, we posted a blog titled: Could Sailing Ships Come Back in the International Shipping Industry? Here’s a quick excerpt:

Nautical engineers have been tinkering with using sails to power commercial ships since at the 1980s. The Carib Alba for example, a 3,500 ton merchant vessel, uses an “auxiliary wind propulsion” system. According to their website, the Carib Alba design has proved cost effective and therefore “economically viable”.

Recently however, other wind-powered commercial ship designs are being tested through the construction of prototypes. At least one of these prototype vessels, the B9, combines sails with a bio-gas engine to power the ship. The result is an interesting hybrid of wind and bio fuel capable of powering a cargo ship on the high seas.

Now, we’re not going to see a return to the days of sailing ships racing each other across the ocean to deliver their goods before the competition does, like the elite cargo ships did during the Great Tea Race of 1866. However, don’t discount wind propulsion as part of the solution for meeting the upcoming IMO regulations.

For thousands of years, sailing ships were the best and fastest way to transport goods, and people for that matter, around the world. While we might think of sailing as something that’s quaint, antiquated, or maybe just a hobby for rich people, it is obvious there is still much this technology has to offer the world of shipping. The world’s air could get a bit fresher for it. 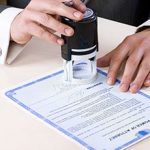