Could This Container Ship Be the Biggest Thing to Hit Transpacific Shipping?

A container ship crossing the Pacific Ocean sounds like nothing new. Importers and exporters know that carriers have ships sailing goods between Asia and America every day. However, a ship Nippon Yusen Kabushiki Kaisha (NYK Line) is preparing to send “could disrupt the global shipping industry” according to a Bloomberg Technology article.

The headline of that article calls it a “robot ship,” but what we’re talking about here is a large autonomous ship hitting the busy transpacific shipping lanes. Chris Cooper and Kiyotaka Matsuda wrote in the Bloomberg Technology article:

Japan’s largest container line plans to test a remote-controlled vessel across the Pacific Ocean in 2019 as it pursues fully autonomous technology that could disrupt the global shipping industry.

Nippon Yusen K.K. is considering using a large container ship for the test from Japan to North America and a crew will be on standby for safe operations, Hideyuki Ando, a senior general manager at Monohakobi Technology Institute, said…

Even though this autonomous ship will have a crew onboard, just in case, this is a huge step toward seeing container ships arriving at ports without any people onboard. Once these ships have enough successful tests, crews will be gone and the ships will ghost their way around the world.

If you’re a regular reader of Universal Cargo’s blog, you’ll know that NYK Line is not the only company working on autonomous ships for the international shipping industry. Earlier this month, we posted a blog about the world’s first autonomous, electric, emissions free cargo ship on its way from Yara International and Kongsberg Gruppen.

The Bloomberg Technology article also points out Yara, along with other companies, that are developing autonomous ship technology:

Rolls-Royce Holdings Plc, BHP Billiton Ltd., the world’s biggest mining company, and fertilizer producer Yara International ASA are all studying the introduction of autonomous ships. Yara is aiming to test remote operation in coastal waters in 2019, it said in May.

That makes two companies that have announced plans to put autonomous ships in the water in 2019. You can bet the other companies developing autonomous cargo ships are working hard not to get beat out. There may be a full out race underway for releasing cargo ships that sail themselves.

Safety is of greatest concern in putting ships in the water that do not have people in them. That’s why these ships will initially be sailed with crews ready on standby in case there are any malfunctions or problems with the navigation and crash avoidance technologies.

However, concern for safety is also a draw to autonomous ships. In the post about Yara’s automated ship, I brought up some of the international shipping tragedies we’ve shared in this blog over the years, including 33 people being killed when the cargo ship El Faro was lost in Hurricane Joaquin and 7 U.S. sailors being killed in a collision between a containership and Navy destroyer. Since then, more have died in another Navy destroyer collision. And there have been so many more losses of sailors lives over the years.

Even though ocean freight shipping is a daily thing, sailing those international waters is a dangerous thing. Every person taken off those ships is one less person at risk of being lost at sea.

Cooper and Matsuda also bring up fatalities on the seas as a factor in favor of autonomous ships but from another angle. “The technology may help eliminate human errors that are responsible for a vast majority of all marine casualties,” they wrote.

Of course, the biggest driving force behind autonomous ships is probably money. While the initial investment is high, think of how much less money it will cost carriers to sale ships without hiring and feeding crews.

The international shipping industry is changing. The next time you drive by a port or see images of cargo ships sailing or docking, just imagine them with no people onboard. 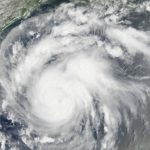