The Federal Maritime Commission (FMC) is increasing how often ocean freight carriers from the three major alliances that dominate global shipping must file trade data. Shipping lines from these global carrier alliances used to have to submit data, which the FMC analyzes to “determine trends in the marketplace and the potential for illegal behavior” from carriers, on a quarterly basis. Now carriers from the three major carrier alliances will have to file required trade data every month.

That “determine… the potential for illegal behavior” part is why this is important for shippers.

This year especially, but certainly not exclusively, shippers have been complaining about unfair practices from ocean freight carriers. Complaints against carriers include service declining while carriers dramatically increased freight rates, cancelling hundreds of sailings among other means of reducing capacity well below what market demand required, imposing unfair demurrage fees for situations beyond shippers’ control, forcing shippers to pay no-roll premiums to keep shipments from being rolled over to later sailings, and flat out profiteering off of the pandemic.

The FMC seems to be taking more interest in investigating whether the practices of carriers, especially within the alliances they’ve formed, are illegal. Perhaps 2020’s uptick in complaints against carriers is causing the FMC to increase its investigations into carriers. Perhaps it’s caused by how the carrier alliances flexed their muscles to control capacity and increase freight rates even during a time of decreased demand this year when pandemic-caused lockdowns should have caused downward pressure on freight rates in a naturally behaving market.

In 2016, before the carrier alliances made it all the way down to just three alliances dominating shipping, I even called for regulators to rethink their stance on carrier alliances. Instead, regulators continued to allow massive alliances until we ended up where we are now with ocean shipping dominated by the 2M, THE, and OCEAN alliances. Even within the THE Alliance, competition shrunk more as the three big Japanese ocean freight carriers – NYK, K Line, and Yang Ming – joined forces to form the joint venture Ocean Network Express (ONE).

At least the FMC is recognizing how dominant the 2M, THE, and OCEAN alliances are. While, in its press release about increasing these three carrier alliances’ data filing requirements, the FMC says there are over 300 cooperative agreements filed with the commission, it does state, “These three agreements have the greatest potential to cause or facilitate adverse market effects based on the agreement’s authority and geographic scope in combination with underlying market conditions.”

Still, increasing scrutiny on the alliances is not the same as actually taking action against practices. We’ve seen enough press releases about FMC investigations, concerning demurrage in particular, without follow-up action to know that. The FMC does quote Chairman Khouri as saying the commission will go to federal court to stop further operation of an alliance agreement, if necessary. But he said they would talk directly with the carriers about Shipping Act violations first. And we’ve heard this from the FMC before. Still, making these carriers, which infamously lack transparency, report data monthly instead of quarterly is a step in the right direction.

Here is the complete text of the FMC’s press release:

Pursuant to direction from FMC Chairman Michael Khouri, the Commission has issued letters to the three global carrier alliances (2M, THE, and OCEAN) requiring that certain carrier-specific trade data currently filed with the Commission quarterly, must now be submitted on a monthly basis.

The Commission’s Bureau of Trade Analysis (BTA) has traditionally relied on a combination of individual vessel operator confidentially provided data and information from commercially available industry data to monitor and analyze container carrier freight rates and service market trends. The Commission’s BTA has determined that given recent fluctuations in the markets, they need to receive key trade data directly from alliance carriers on a more frequent basis in order to better position staff economists to timely evaluate changes in the transpacific and transatlantic trades and report findings to the Commission.

A core function of the FMC is the monitoring of ocean carrier alliance agreements filed with the agency. The FMC receives and evaluates exhaustive, commercially sensitive information from regulated entities, in this case, parties to an ocean carrier alliance agreement. That information is carefully analyzed, along with other information that permits FMC staff to determine trends in the marketplace and the potential for illegal behavior.

The FMC’s section 6(g) (46 U.S.C. 41307) review and oversight responsibility for filed agreements is ongoing and continues after a filed agreement has gone into effect. The FMC prioritizes its continuous monitoring of the 300 plus cooperative agreements currently filed with the Commission. The three major global carrier alliances are the top priority and receive the highest scrutiny. These three agreements have the greatest potential to cause or facilitate adverse market effects based on the agreement’s authority and geographic scope in combination with underlying market conditions. On an ongoing basis, the FMC monitors key economic indicators and changes to underlying market conditions for all global alliance agreements to detect any joint activity by agreement members that might raise and maintain freight rates above competitive levels, or unreasonably decrease services. For these agreements, FMC staff conducts more detailed reviews, and periodically presents current findings and recommendations to the Commission.

Chairman Khouri stated, “If we detect any indication of carrier behavior that may violate the Shipping Act’s section 6(g) competition standard, we will immediately seek to address these concerns with direct carrier discussions. If necessary, the FMC will go to federal court to seek an injunction to enjoin further operation of the alliance agreement.” 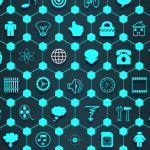 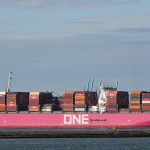 Over 1900 Containers Could Be Lost or Damaged in Stormcontainer, container shipping, containers, International Shipping, ocean freight, THE Alliance, Yang Ming