Ocean Network Express. Now make that an acronym. ONE.

ONE is a very apt name, describing what these three ocean carriers will be turning into.

The new name’s acronym certainly didn’t happen by accident. Already, K Line, MOL, and NYK have launched a website for the upcoming merged company that plays up the significance of the name. As well as using a bit of word play with the title phrase “ONE Vision” at one point, here’s what the merging carriers have to say about ONE:

Our name conveys our integrity as a company—three leading marine transport companies working together to spark a revolution for the global container shipping industry. We will champion human potential and combine all our strengths to deliver better service, more routes, and improved ICT solutions that will exceed our customers’ needs around the world—now and well into the future.

This integrated global shipping partnership will contribute to our customers’ success and improve life, society, and the planet as a whole.

The site also highlights how this merger moves Japan’s Big 3 carriers up in the worldwide carrier rankings by capacity. With a capacity of 1.4 Million TEU, ONE will be 5th in the international shipping market with approximately 7% of the global share.

According to ocean carrier schedule and capacity database BlueWater Reporting’s Carrier Ranking Report, based on operating fleet capacity, NYK is the eighth largest carrier in the world with 594,699 TEUs, while MOL comes in at 11th with 540,942 TEUs and “K” Line takes 14th place with 353,220 TEUs.

The merging of “Japan’s Big 3” is yet another example of shrinking competition among carriers.

As carriers have struggled with profitability in the face of overcapacity and low freight rates, buyouts, mergers, bankruptcy, and carrier alliances have made the competition pool of shipping lines in international shipping smaller and smaller.

In opposition to shipper’s worries about shrinking carrier competition, K Line, MOL, and NYK reiterate in their press release their stance of the new company providing a benefit for shippers:

The move will allow Ocean Network Express to better meet customers’ needs by providing high-quality, competitive services through the consolidation and enhancement of the three companies’ global network and service structures.

The other piece of information that is most notable in the press release is the planned launch date of the joint venture (JV):

… The establishment of new JV will officially be announced once all anti-trust reviews are completed. The service commencement date for Ocean Network Express is April 1, 2018.

That date can also be found on ONE’s website.

The biggest obstacle for that launch date is making it through all the anti-trust reviews by maritime regulators around the world. At the beginning of this month, we blogged about the FMC rejecting the Big 3’s Tripartite Agreement.

That was certainly a setback for K Line, MOL, and NYK in their merger plans but will not stop the companies from merging, only keeping them from acting as a merged entity before the shipping companies actually merge. 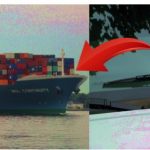