The “Tripartite Agreement” is what it was called–an agreement between Kawasaki Kisen Kaisha, Ltd (K Line), Mitsui O.S.K. Lines (MOL), and Nippon Yusen Kaisha (NYK) that included working together before the three largest carriers of Japan actually merge. The Federal Maritime Commission (FMC) rejected it.

In a press release on Tuesday, the FMC announced:

The Shipping Act does not provide the Federal Maritime Commission with authority to review and approve mergers. After careful consideration, the Commission determined that parties to the Tripartite Agreement were ultimately establishing a merged, new business entity and that action is among the type of agreements excluded from FMC review.

The Tripartite Agreement was filed at the Commission on March 24, 2017 by Kawasaki Kisen Kaisha, Ltd (K Line), Mitsui O.S.K. Lines (MOL), and Nippon Yusen Kaisha (NYK). These parties were seeking authority to share information with each other in advance of a new business entity being formed under the agreement next year. Absent today’s vote, or a Request for Additional Information, the agreement would have gone into effect on May 8.

We first told you about the planned merger between Japan’s “Big 3” carriers in the first blog of November, 2016. That carrier competition shrinking merger is still happening.

The FMC can’t actually stop K Line, MOL, and NYK from merging, but the U.S. maritime regulator can stop Japan’s Big 3 from jumping the gun and acting as a merged company before the merger ever takes place.

William P. Doyle, a commissioner with the FMC, expressed his thoughts on why the Tripartite Agreement was rejected in a statement:

Much of what the Tripartite parties were asking for revolved around pre-merger or pre-consolidation coordination. For instance, the parties were seeking authority to share information and conduct joint negotiations with third party businesses in the United States for as much as year in advance of any potential merger. These provisions would violate “gun jumping” laws that forbid the sharing of competitively sensitive information or the premature combining of the parties.

“In order to receive the benefits of a merger, one needs to first merge,” Doyle said.

While there is always a disclaimer to statements like the one from Doyle that was released on the FMC’s website to say his views don’t necessarily reflect the rest of the commission, the decision to reject the Tripartite Agreement was unanimous. Therefore, Doyle’s statement is probably a pretty good reflection of the other commissioners’ opinions on the agreement as a whole.

Doyle makes it clear that the FMC is not stopping the merger by saying, “This decision by the FMC in no way precludes the Japanese carriers from merging their container trade business units into a single stand-alone company.” To do so would be beyond the bounds of the FMC.

However, allowing the Big 3 to begin working together as if they already were merged would set a really bad precedent. No other carriers have been so bold as to attempt to openly jump the gun on cooperation like this. Doyle said:

CMA CGM has acquired APL and China’s COSCO and CSCL have merged. Maersk Line is taking over Hamburg Süd and Hapag Lloyd is in the process of acquiring United Arab Shipping Company (UASC). None of these liner companies sought FMC authority under joint service agreement regulations to share information and conduct joint negotiations prior to actually merging.

If the FMC had allowed the agreement, it is doubtless other carriers would try to follow suit in trying to work together as if they were merged before mergers actually happen. Perhaps such circumstances would arise where such hypothetical mergers then fell apart or the companies decided mergers were no longer necessary.  A potential loophole around antitrust laws could be created by the precedent the Tripartite Agreement.

There is another unattractive aspect to the Tripartite Agreement that Doyle points out:

The proposed joint service agreement presented by the Japanese carriers seeks authority far beyond the bounds of any joint venture currently on file with the Federal Maritime Commission. Here, the Tripartite parties are seeking a geographic scope between the United States and all ports and points worldwide.

There is a history of illegal price fixing and collusion from carriers in the international shipping industry. It’s imperative maritime regulatory authorities, like the FMC, retain strength in restricting carrier cooperation. I applaud the FMC for its decision to reject the Tripartite Agreement. 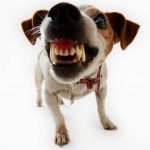