Maersk announced that it is sending the first container ship from East Asia to Europe through the Arctic Ocean. Daniel Shane reports in CNN Money:

The newly built Venta Maersk is set to leave the Russian port of Vladivostok later this month. It will sail through the Bering Strait and over the top of Russia en route to St. Petersburg, taking what is known as the Northern Sea Route.

An article on the maritime website gCaptain gives some information on Maersk’s new ice-class containerships, including the Venta Maersk that is about to transport containers through the Northern Sea Route:

Delivered July 11th, Venta Maersk is the fourth vessel in a series of seven ice-class Baltic feeder containerships to serve the North Sea and Baltic Sea for Seago Line, the intra-Europe and short-sea carrier of Maersk.

The 3,96 TEU vessels are among the world’s largest ice-class containerships, designed specifically for operation in winter conditions (down to -25 degrees C). Apart from a stronger hull, the vessels are also fitted with 600 reefer plugs for refrigerator cargo.

All reports say that Maersk has no plans to launch commercial services on the Northern Sea Route through which it will be sending the Venta Maersk. Maersk itself said in a statement:

This is a trial designed to explore an unknown route for container shipping and to collect scientific data. Currently, we do not see the Northern Sea Route as an alternative to our usual routes.

Of course, there is no doubt that Maersk is testing and preparing to take advantage of the cost savings and speed shipping through the Arctic offers with its shorter routes.

Despite this being a test voyage, there are actual goods being shipped on it. Why would Maersk waste the opportunity?

Appropriately, the cargo onboard will be frozen fish. Mike Wackett reports in the Loadstar that the “Venta Maersk will sail from Vladivostok in eastern Russia this week with a cargo of frozen fish, en route for St Petersburg, accompanied by a Russian nuclear-powered icebreaker.”

With Chinese state-owned carrier Cosco known to be eyeing a new container service after successfully using the Northern Sea Route (NSR) for heavylift cargo in the past few years, Maersk has jumped ahead of the pack to become the first to use the NSR for a container shipment.

The race between shipping lines is not the only one involving Arctic Ocean shipping. There’s also a race between countries to control the Arctic routes or prepare potentially profitable ports for these new routes. Russia has made big grabs at controlling as much of these routes as possible, but China, Canada, and the U.S. (among other countries) all have things to say about these waters.

We’ve been keeping an eye on and occasionally blogging about shipping through the Arctic Ocean since 2012. Here are a few related articles we’ve posted in that time:

CHINA IS SHIPPING THROUGH THE ARCTIC!

PACK UP SANTA, WE’RE SHIPPING THRU THE NORTH POLE! 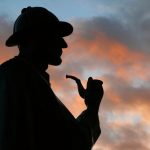 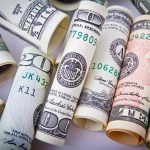