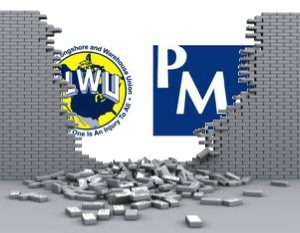 That the two parties met at all on the possibility of extending the contract between the ILWU and their employers at the West Coast ports is a small miracle.

The current contract does not expire until July 1st, 2019, and while that may seem far off, it is all too close for shippers.

With the ports already dealing with congestion at the time, the contentious contract negotiations made things so bad at West Coast ports that importers weren’t able to get their goods in time for the holiday season, agricultural exporters watched as their produce rotted on the docks, and many American business partnerships abroad were lost.

What’s sad is that contentious contract negotiations holding the docks and shippers’ good as ransom is common practice when it comes to renewing contracts between the dockworkers and their employers at the ports.

It has been the policy of the dockworkers unions, both on the West and East Coasts, not to renew or extend contracts before the previous one expires. To do so would take away the biggest weapons for creating leverage in negotiations that dockworkers have: slowdowns and strikes.

Unfortunately, this has led to shippers and the entire U.S. economy suffering whenever the end of a contract between the PMA and ILWU is reached.

The previous contract negotiations began early-ish. Contract talks began May 12th, 2014, a little more than a month and a half before the contract at that time would expire on July 1st, 2014. For most of us, a month and a half seems like plenty of time to negotiate a contract, but it was not nearly enough time for the ILWU and PMA to come to terms on a new contract or extension and go against the history of labor unions at the docks making sure the previous contract expires to gain leverage.

It took a little more than a year from the start of contract negotiations on the current contract to the ILWU’s ratification of it on May 22nd, 2015. With that kind of timeline, shippers, retailers, and everyone involved in the supply chain have urged the PMA and ILWU to begin the next set of negotiations early. Really early. Not just a month and a half before the contract is to expire.

After the labor strife caused West Coast ports to lose market share and major carriers to stop calling on the Port of Portland with container ships altogether, shippers were given their first glimmer of hope that the culture of contract negotiations between dockworkers and employers at the ports might be about to change.

In March of 2015, reports hit that the United States Maritime Alliance (USMX) and International Longshoremen’s Association (ILA) were planning to “open discussions” on a new, long-term contract at East and Gulf Coast ports over three years before the current labor contract expires there. It was exactly the type of thing shippers were wanting to hear after losing faith in West Coast ports over the losses they suffered because of labor strife. This news was also not far removed from a planned strike that threatened to shutdown East and Gulf Coast ports during the last set of contract negotiations there.

Unfortunately, the talk of early contract talks between the ILA and USMX might have been just that–talk–only to increase the market share the East and Gulf Coast was pulling from the West Coast.

According to a Journal of Commerce article from just a few months ago (nearly a year and a half after the USMX and ILA said they were planning to open contract discussions), the ILA “is unwilling to open negotiations on a new or extended contract until disputes over the current agreement are resolved…” The article quotes ILA’s executive vice president as saying a new contract “is definitely not in sight.”

With meetings actually in sight between the PMA and ILWU, shippers have a more legitimate hope of a contract being extended before expiration. While shippers, retailers, and the rest of the supply chain are applauding the dockworkers union and their West Coast employers for meeting about an early extension and encouraging the parties to continue, expectations must be tempered in light of history.

The PMA and ILWU are not giving much insight on their meeting and will not comment on it. However, it at least went well enough that another meeting on the topic is planned, though without an actual date.

Here’s the joint press release from the PMA and ILWU on meeting about the concept of a contract extension:

The Pacific Maritime Association (PMA) and International Longshore and Warehouse Union (ILWU) met on November 1st in San Francisco where discussions were held on the concept of a contract extension.

Both parties agreed to resume talks at a future date to be mutually agreed upon.
The current collective bargaining agreement covering 29 west coast ports expires on July 1, 2019.

No additional comments from either party will be made prior to the next meeting dates. 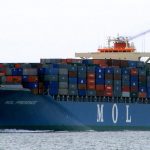 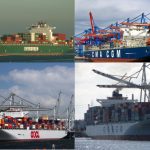