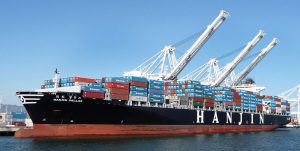 The Emergence of SM Line

It sounds like the story of the phoenix: SM Line rising “from the ashes of Hanjin.” But perhaps the better mythological creature to describe this story is the changeling, a creature that replaces a child who is then lost.

SM Line has emerged as a new container line to take the place of Hanjin Shipping with the Asia-US assets that have been bought out from the bankrupt carrier.

Mike Wackett reports in an article on The Loadstar:

Addressing a meeting of the National Retail Federation (NRF) in New York on Monday, commissioner William Doyle said executives from SMG had visited the FMC to discuss its application.

Mr Doyle told delegates SM Line was proposing to operate a liner service between Shanghai and Ningbo in China, Busan in South Korea and Long Beach on the US west coast “from the ashes of Hanjin”.

It was a surprise move back in November when Korea Line swooped in to buy Hanjin’s Asia-US assets. However, Korea Line’s parent company, SM Group, did not approve the bulk shipping line to go into container shipping. Therefore, the separate corporate body SM Line was formed to utilize the assets acquired from Hanjin.

When most of the carrier news in international shipping highlights shrinking competition amongst shipping lines through alliances, mergers, buyouts, and bankruptcy, this story stands out with the emergence of a new player in trans-Pacific container trade.

Speaking of shrinking competition among carriers in the international shipping industry, Mike Wackett also reported in The Loadstar on Drewry’s findings that Yang Ming is in the most financial danger of all the container lines:

Drewry Financial Research Services (DFRS) says the line has the industry’s most leveraged balance sheet, with a net gearing of a massive 437% at the end of Q3.

The figure soars above the industry average of 124% and is nearly five times that of its closest regional peer, Evergreen.

The report says: “Yang Ming’s high debt is a great cause for concern for us, given the heightened financial risks. Even with recovery in the underlying freight market, the debt burden without a restructuring is a red flag and a clear sell signal for us.”

Since the collapse of Hanjin Shipping, the international shipping industry has been nervous that bankruptcy might hit another major carrier.

Back in October, Drewry released research on the financial health of the industry’s shipping companies warning that there’s high risk of more major carrier collapses.

Since then, a surge in freight rates has given optimism for the health of carriers. However, there is much work to do for carriers to recover from years of overcapacity, heavy downward pressure on freight rates, and billion dollar losses.

According to Drewry’s research and Mike Wackett’s article, Yang Ming has the most work to do to return to financial health and avoid a similar fate to Hanjin’s.

While we’re on the topic of Hanjin, here’s a little update on the bankrupt carrier’s sale of its shares in Total Terminals International (TTI).

An objection to Hanjin’s sale of their shares in TTI, which operates a terminal at the Port of Long Beach as well as one at the Port of Seattle, had also been filed by the Northwest Seaport Alliance.

This will give MSC full control of the shares of TTI, but Hyundai Merchant Marine is expected to acquire some shares from MSC once the deal is complete. 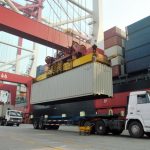 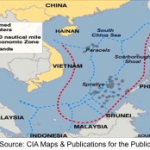