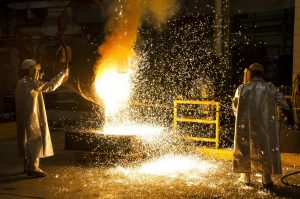 China, not receiving an exemption on the tariffs, responds by increasing tariffs on U.S. goods, reigniting trade war fears, even making the trade war feel official.

In a presidential proclamation on March 8, 2018, Trump announced a 25% tariff on steel imports and a 10% tariff on aluminum.

Other concerns are increased costs for consumers on steel and aluminum products. Yes, that would include the price of cars.

It also wouldn’t be a President Trump tariff announcement without the immediate trade war talk from people. Fears that these tariffs could spark trade wars with other countries responding with retaliatory tariffs are not unfounded, especially after all the tariff threats that recently went back and forth between the U.S. and China and China now following through with tariff hikes.

On the other hand, there are those who argue in the positive, saying the tariffs on imported steel and aluminum will boost U.S. steel and aluminum manufacturing jobs. This argument is not without evidence either. For example, WKYC 3, a local NBC channel in Lorain County, OH, reported Republic Steel’s plan to restart a steel plant following the tariff announcement that would bring back 1,000 jobs to the area.

Whether good or bad, many believe these tariffs on steel and aluminum are really just Trump creating U.S. trade negotiation leverage on other countries.

Trump uses national security as justification for the tariffs and reiterated in the most recent proclamation that the tariffs could be reduced or eliminated for ally countries that make an alternative deal with the U.S.:

The U.S. has reportedly completed such a deal with South Korea and agreed in principle with Argentina, Australia, and Brazil.

That makes it look like these countries are to be exempt from the steel and aluminum tariffs, but if the deals do not go through to the Trump administration’s satisfaction, the tariffs could be reimposed on the countries according to Trump’s proclamation:

I have determined that the necessary and appropriate means to address the threat to national security posed by imports of aluminum articles from Argentina, Australia, and Brazil is to extend the temporary exemption of these countries from the tariff proclaimed in Proclamation 9704, in order to finalize the details of these satisfactory alternative means to address the threatened impairment to our national security posed by aluminum articles imported from these countries. In my judgment, and for the reasons I stated in paragraph 10 of Proclamation 9710, these discussions will be most productive if aluminum articles from Argentina, Australia, and Brazil remain exempt from the tariff proclaimed in Proclamation 9704, until the details can be finalized and implemented by proclamation. Because the United States has agreed in principle with these countries, in my judgment, it is unnecessary to set an expiration date for the exemptions. Nevertheless, if the satisfactory alternative means are not finalized shortly, I will consider re-imposing the tariff.

When it comes to Canada, Mexico, and the EU, negotiations have not yet reached agreement points. These ally countries have had a temporary exemption from the tariffs from the start.

Those exemptions are now extended to the end of this month, which seems to be the deadline President Trump is trying to put on a trade deal regarding steel and aluminum with Canada, Mexico, and the EU.

Here’s what the president said in the proclamation:

For the reasons I stated in paragraph 11 of Proclamation 9710, however, the tariff imposed by Proclamation 9704 remains an important first step in ensuring the economic stability of our domestic aluminum industry and removing the threatened impairment of the national security. As a result, unless I determine by further proclamation that the United States has reached a satisfactory alternative means to remove the threatened impairment to the national security by imports of aluminum articles from Canada, Mexico, and the member countries of the EU, the tariff set forth in clause 2 of Proclamation 9704 shall be effective June 1, 2018, for these countries.

For other countries, including China, the tariffs remain in place:

I have determined that, in light of the ongoing discussions that may result in long-term exclusions from the tariff proclaimed in Proclamation 9704, it is necessary and appropriate, at this time, to maintain the current tariff level as it applies to other countries.

The tariffs are having consequences when it comes to U.S., China trade as already mentioned. China is increasing tariffs on U.S. goods, effective Monday. According to a Reuters article by Ben Blanchard, Tony Munroe:

China has increased tariffs by up to 25 percent on 128 U.S. products, from frozen pork and wine to certain fruits and nuts, escalating a dispute between the world’s biggest economies in response to U.S. duties on imports of aluminum and steel.

The Ministry of Commerce said it was suspending its obligations to the World Trade Organization (WTO) to reduce tariffs on 120 U.S. goods, including fruit and ethanol. The tariffs on those products will be raised by an extra 15 percent.

The U.S. and China are currently in trade talks, with the first day of negotiations between a U.S. delegation and Chinese officials concluding today (May 3rd) without a statement from either side according to the Houston Chronicle. 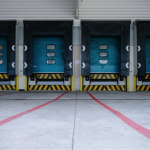 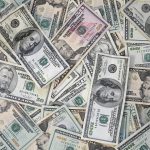