A trilateral trade meeting between the U.S., EU, and Japan after President Trump’s decision to postpone a decision on whether or not to impose tariffs on automobile and auto part imports to the U.S. adds to a busy couple weeks in terms of U.S. trade relations and tariffs news.

First, the U.S.-China trade war intensified as the U.S. implemented a tariffs hike on $200 billion worth of Chinese goods and moved forward plans for tariff hikes on approximately $300 billion worth of more Chinese goods. Second, China announced retaliatory tariffs on $60 billion worth of U.S. goods. Third, the U.S., Canada, and Mexico agreed to lift Section 232 tariffs on steel and aluminum as well as all retaliatory tariffs, removing a major obstacle to moving forward with the United States-Mexico-Canada Agreement (USMCA), which was successfully negotiated to replace the North American Free Trade Agreement (NAFTA).

On the same day the U.S., Canada, and Mexico announced the removal of Section 232 tariffs (Friday, May 17th, 2019), came the announcement that President Trump would wait six months to deciding to tariff automobile imports. That puts the deadline right before 2020 — election year.

Trade Politics with EU and Japan

It seems President Trump is trying to put an election year deadline on a trade deal with the EU and Japan through this tariff decision deadline. Maybe it’ll work and he’ll get a deal that he can use in his 2020 re-election bid. At this point, countries know President Trump isn’t afraid to implement tariffs, so EU and Japan might be extra motivated to get a deal done with the U.S. at the threat of auto tariffs.

Implementing such tariffs right now, however, would be detrimental to a bigger goal of President Trump’s. Beyond timing the deadline to get a deal with the EU and Japan for a possible election year polling boost, it’s obvious President Trump didn’t want to go into trade talks this week with the EU and Japan having just alienated them with auto tariffs when he wants them as allies against his biggest target: China.

Robert Lighthizer, United States Trade Representative; Cecilia Malmström, European Commissioner for Trade; and Hiroshige Seko, Minister of Economy, Trade, and Industry of Japan met in Paris today (May 23, 2019), and while their joint statement about the trilateral meeting doesn’t specifically mention China, it’s obvious the topics they highlight are aimed at China.

Here are some quotes from the statement, often talking about “third countries” — the equivalent of a third party not present at the talks — that make it obvious they are talking about China.

The Ministers advanced discussions on their shared objective to address non market-oriented policies and practices of third countries that lead to severe overcapacity, create unfair competitive conditions for their workers and businesses, hinder the development and use of innovative technologies, and undermine the proper functioning of international trade and discussed various tools needed to deal with these problems.

They reiterated their concerns, reviewed ongoing work, and agreed to deepen their cooperation in all areas covered by the Ministerial Statements issued in Washington DC, New York, and Paris, including nonmarket policies and practices, market-oriented conditions, forced technology transfer policies and practices, industrial subsidies and state-owned enterprises, WTO reform, and digital trade and e-commerce.
…
The Ministers shared growing concerns about third parties’ developing State Enterprises into national champions, disrupting market-oriented trade, and directing those State Enterprises to dominate global markets….
…
In the area of forced technology transfers, Ministers confirmed their agreement to cooperate on enforcement, on the development of new rules, on investment review for national security purposes, on export controls and further take stock of this cooperation.

If that’s not enough to convince you the joint statement is referring to China, the word “China” is actually hidden invisibly in the header of the USTR.gov page containing the statement that can only be found by doing a search for it.

As trade and tariff news continues to develop, we’ll continue to keep you updated here in Universal Cargo’s blog as we’re always keeping an eye on the things that affect international shipping to make sure your imports and exports go as smoothly as possible. 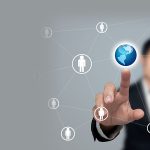