If you were driving on the Florida Turnpike at the right moment on Father’s Day, just a couple weeks ago (June 16th, 2019), you could have looked over at a truck driving next to you with no driver inside.

Actually, you didn’t even have to be there to see it. Below is a video that Starsky Robotics posted on Youtube of the unmanned autonomous truck driving around in traffic.

Sharing the story behind the video, Clarissa Hawes reported in an article published by Freight Waves:

Starsky Robotics tested its fully unmanned autonomous truck on a 9.4-mile stretch of public highway on the Florida Turnpike on June 16. The company had previously been testing its self-driving technology on private roads.

“We are now the only autonomous company that’s testing trucks without having people in the cabs on public roads with the motoring public,” Stefan Seltz-Axmacher told FreightWaves. “This is the biggest step forward in the autonomous industry.”

A couple years ago, we posted a blog headlining with the question “Are Truckers Not Part of the Future of International Shipping” as the race to get automated trucks on the road was heating up. However, Starsky’s new unmanned “autonomous” trucks do not actually mean no drivers. Yes, autonomous sounds like a strong word as there actually was a driver, as you can see in the above video. It’s just that the driver operating the unmanned truck was a couple hundred miles away. Hawes’s article gives the details:

A remote operator sitting in an office in Jacksonville, Florida, about 200 miles away, handled the first and last mile operations of the truck, which was approximately 0.2 miles of the 9.4-mile trip, he said.

The operator, who has 20-plus years of long-haul trucking experience, remotely navigated the truck from the rest area onto the highway, ordered a lane change, then helped direct the truck back off of the highway, through the toll plaza, and parked it safely at its final destination

Implications for the International Shipping Industry

This story obviously has huge implications for the international shipping industry.

For years, a trucker shortage problem has been an increasing source of alarm for the industry and the U.S. economy in general. Truckers being able to operate trucks remotely for shifts and then go home to their families instead of being on the road for days, weeks, or even longer could help solve the trucker shortage problem by attracting more people to the job while decreasing turnover.

Remotely operated trucks also mean the potential for trucks to be driven 24/7, dramatically increasing the speed of deliveries, especially long distance ones.

Road safety could also see improvements from not having overly tired drivers on the road.

On the other hand, some will worry that there are several factors that make an unmanned truck less safe for those on the road with it. For example, not actually being in the truck would prevent a driver from feeling factors like wind, tire traction, uneven or bumpy roads, etc, which need to be accounted for to help avoid accidents, such as a truck overturning.

Of course, Starsky Robotics undoubtedly has thought about all these factors and certainly has censors monitoring these issues and more. Where does automation come into the process? And can censors sending a driver information, even in real time, really replace the driver actually being in the seat?

When I showed my wife Starsky’s above video of the unmanned autonomous truck, she immediately said, “It’s boring as [expletive removed] and simultaneously scary as hell.” She then even added the word “horrifying”. Okay, so it’s not her thing, but it is not unreasonable for people to have reactions like my wife’s and be worried about virtually-operated trucks on the road.

Most of us have probably played a driving video game, crashing multiple times despite being a good driver in real life. And a remote driver does look like someone who’s playing an expensive video game. Of course, in video games you’re generally not trying to drive a vehicle at safe speeds while following all traffic laws, so there are certainly problems with the comparison.

Beyond the possibly dubious video game comparison, many concerning questions can and should be raised in the early years of driverless and automated vehicles. A few that pop to mind: What happens if the connection between remote driver and truck is lost or delayed? What failsafes are in place to avoid this? Could the remote operating controls be hacked?

I could list more concerns like the ones above, but that’s enough to make people’s misgivings over unmanned autonomous trucks understandable

Every leg of cargo’s journey when being imported or exported could be moved through autonomous and unmanned vehicles and technology. We’re talking about the trucks moving cargo containers, automated port terminals transferring containers and loading them onto ships, and even the ships themselves being autonomous.

We’ve posted at least a couple blogs about automated cargo ships, which show that automated ships are coming along just as fast as trucks: “World’s first autonomous cargo ship is on its way” and “Could this container ship be the biggest thing to hit transpacific shipping?”

With investments already made, technology already developed, and potential benefits so great, unmanned autonomous vehicles are definitely part of the future. Caution must be used to make sure warranted concerns are addressed, but this is something that’s generating much excitement and momentum. 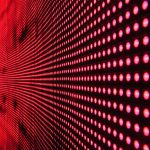