World’s First Automated Cargo Ship Is On the Way

It was only a matter of time. Well, there still is some time, really. But not much. The first automated containership is scheduled to set sail in 2018.

Check out this video from Kongsberg Gruppen, laying out the details of a ship that will be not only autonomous but also fully electronic with zero emissions:

Every time you turn around it seems like the international shipping industry is one step closer to taking people out of the logistics process.

There’s Amazon with its delivery drones to replace delivery people, self-driving trucks to squeeze truckers out of the future of shipping, port automation creating contention in labor contract negotiations because of its potential to take dockworker jobs away, a push for automated freight forwarders, and now ships that don’t need a crew on board at all.

Don’t get me wrong, we’re not going to wake up tomorrow and see a world in which there are no jobs for people in the international shipping industry, but a substantial shift is happening in the industry.

And that shift is actually exciting.

Seeing more autonomous pieces in the supply chain does not mean people are removed from the process. But the shift will change the type of jobs that dominate the industry.

Costas Paris reports in The Wall Street Journal that before this automated ship takes voyages completely on its own, “a single container will be used as a manned bridge on board. Then the bridge will be moved to shore and become a remote-operation center. The ship will eventually run fully on its own, under supervision from shore, in 2020.”

People still have a place in this automated future of shipping. But that role is changing. Managing the navigation of ships, trucks, and port equipment from a distance is where jobs in the field are heading.

As people move to rooms to program navigation and manage automated shipping machinery, it means less physical risk to persons.

Dockworker, truck driver, and ship crew vocations are dangerous jobs. Perhaps putting self operating machines in those places takes a little adventure out of the process, but it should eventually mean fewer injuries and deaths in the supply chain.

Over the past few years, we’ve shared a number of international shipping tragedies that have claimed the lives of people. Eight people died at the Port of Genoa in Italy a few years ago when a container ship crashed into the dock and toppled a control tower. About two years ago, 33 people were killed when the cargo ship El Faro lost power in the path of Hurricane Joaquin. Just a couple months ago, 7 U.S. sailors were killed in a collision between a containership and Navy destroyer.

These aren’t by any means the only international shipping tragedies that, with a heavy heart, we’ve had to share with our readers. They’re just the first three that came to mind.

Imagine how many future tragedies could be avoided if when a ship goes down there is no one onboard.

Of course, there is much work to be done to make sure the use of automated ships is done safely. Just like automated trucks and cars are not just roaming the streets all over on their own, crew-less ships won’t just take over the oceans the moment an automated ship gets built. There are laws to consider, technology to be developed, logistics to be worked out… But these things are coming.

Robert Wall and Costas Paris report in the Wall Street Journal that “Ship designers, their operators and regulators are gearing up for a future in which cargo vessels sail the oceans with minimal or even no crew.”

They even quote Palle Laursen, head of Maersk Line Ship Management as saying, “The benefit of automation is as an enabler of further efficiency across the 630 vessels we operate.”

Now, the Yara Birkeland, the autonomous ship being touted in the video at the top of this post, is nowhere near as big as the typical container ship you see carriers like Maersk employing on the seas. Its capacity will only be 150 TEUs. Compare that to the literally thousands of shipping containers a typical cargo ship hauls nowadays and it might not seem like much. However, it is a huge, huge first step toward the emergence of automated ships.

Maersk’s interest in automated ship technology is of special significance. You know once Maersk, as the leader in ocean shipping, rolls out with an automated cargo ship, the rest of the world’s carriers will quickly follow.

Just as exciting as the automation of the Yara Birkeland is its ecological impact. Or lack thereof. Completely electric with zero emissions, the Yara Birkeland is also a big step forward in greener shipping for an industry that has come under attack for its emissions of greenhouse gases, despite the focus ocean shipping has had on reducing its ecological impact over the last several years.

I can just hear the classic Temptations song blasting from the deck of this automated, electric, zero emissions cargo ship: “Get ready ’cause here I come.” 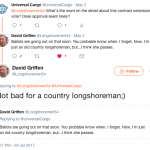 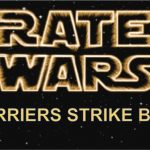