What the Freight Is Going On with Importing Goods Right Now?

This blog will get into what’s happening with freight rates, cargo volume behavior, and implications those have for shippers through the rest of the year and into 2021. But first – and I promise this is directly related – let me say something you probably won’t hear from anyone else during this election season. You won’t hear it from the candidates and you certainly won’t hear it from the mainstream media. Here it comes – hold onto your hat:

At least, I think so. 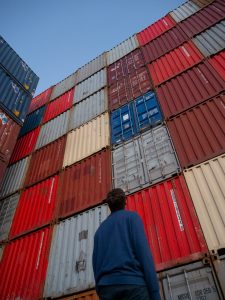 It’ll be a little while before we know for certain, but it appears that October’s international shipping cargo volume numbers may indeed end up being just as high or higher than September’s. While we were in the middle of a very strong September amid what has turned out to be a very strong peak season, a number of experts predicted that October would be just as strong or stronger than September. I was skeptical. Based largely on shipment numbers we were seeing here at Universal Cargo and cargo volume trends I’ve watched over the last decade, I thought volume was likely to come down some in October.

On September 15th, in a blog about container shortages and record high freight rates, I wrote:

Not only could I be wrong, that prepositional phrase I put at the end of that sentence is a dangling modifier. How embarrassing. Additionally, on September 22nd, in a post about regulators addressing freight rates, I added to my prediction of less volume in October that we should finally see an end to the skyrocketing freight rates:

The latter prediction about freight rates may come to pass in October as rates have leveled off for the moment, I’ll be it at record high levels. However, it would probably take the former prediction coming true, carriers adding more capacity to shipping lanes than they’ve been doing of late, or them starting to undercut each other for a big drop in freight rates to happen right now.

While we won’t see overall cargo volume numbers until at least next month to confirm I was wrong or exonerate me if I was right about October’s levels, the anecdotal evidence of shipments through Universal Cargo has already shifted out of my favor. Yes, shipments continued to come for October, as expected, but there was also an unexpected surge in October shipments directly proportional to a sudden drop in our shipment numbers from September.

That’s right, a significant number of September shipments became October shipments. About 7% of the September’s total shipments got pushed back, resulting in October’s scheduled shipments outnumbering either August or September’s.

I checked in with Catherine Sanchez, Senior Account Manager over in operations for Universal Cargo to see if this surge in pushed back shipments was due to rollovers from carriers. Ocean freight carriers have done so much rolling of cargo to later sailings this year with all the blank sailing they’ve done that they started charging shippers no-roll premiums to prioritize cargo, reducing the likelihood of it being delayed through rollover. I likened this practice to holding cargo for ransom back in July. It’s something Universal Cargo has worked hard to protect its shippers from as much as possible.

“Yes,” Catherine informed me concerning carriers rolling cargo, “there were some files [shipments] that got rolled over to other vessels, and this is mainly due to the surge in shipping that we believe is due to the holidays. Ocean Lines had so much congestion they were forced to roll some shipments over.” However, she told me this was not the only cause of shipments moving from September to October.

ETAs on planned bookings also changed because of things like freight not being ready and a truckers not being able to get the cargo in time to catch the planned vessels. There are also shipments that get an initial ETA put on them before booking ever happens, which would then be updated with actual dates once officially scheduled. “This will all apply to cargo booked towards the end of the month,” she said.

A particularly high number of shipments planned for September may be propping up October’s early numbers. However, it is clear demand is still strong and carriers are busy moving cargo for shippers. What’s interesting is the shipments Universal Cargo is helping shippers with that moved from September to October actually dropped September’s cargo volume to almost even with August’s volume numbers (with September ending with one less shipment than August). This was surprising as all indicators showed September being an even stronger month than August for transpacific shipping, especially eastbound from China to the U.S.

In fact, despite the markers of concurrently rising capacity and freight rates, eastbound transpacific cargo growth actually started easing up a little in September.

The growth in US imports from Asia slowed slightly in September from the previous month, but still saw a double-digit, year-over-year increase, and carriers and forwarders said they expect volumes in the eastbound trans-Pacific to stay elevated beyond October and possibly into early 2021.

Indeed, carriers in the largest US trade lane are scheduled to increase capacity more than 25 percent this month. They anticipate that the traditional holiday season imports and a wave of e-commerce shipments will be especially strong this year.

Imports from Asia increased 11.2 percent last month from September 2019, after rising 13.7 percent year over year in August, according to PIERS, a JOC.com sister company within IHS Markit.

We’ll have to wait out the month to see if October really does match or outperform September. However, Mike Wackett reports in the Loadstar that transpacific capacity in October to the U.S. is tight. If you combine increased capacity with it still being full, that should mean increased volume.

Demand right now is stronger than anyone expected it to be. Not only is there holiday season stocking, there’s restocking of reopening businesses and online shopping that continues to be very high as limitations remain on people’s ability to go out as they would have in the past due to continued COVID restrictions. There’s strong encouragement that can be taken from that about the economic recovery from shutdowns caused by the pandemic. In fact, check out the following from an American Shipper article by Greg Miller:

No one predicted a U.S. import surge in the middle of a pandemic — but it’s happening….

Investment bank Jefferies issued an exceptionally bullish report on Wednesday implying that import flows should remain heavy all the way into 2021….

“We are just at the beginning of what is likely to be one of the biggest restocking cycles — if not the biggest inventory restocking cycle — in U.S. history,” maintained Jefferies Chief Economist Aneta Markowska on a conference call held Thursday to discuss the report.

“What’s behind this is one of the biggest post-recession recoveries in the goods economy, including consumer goods as well as housing,” she said.

While the service economy has been “heavily impaired” by COVID and remains so, goods demand is growing both at the expense of services as well as due to “tremendously supportive fiscal policy.”

“Goods demand is now 6% higher than it was prior to the pandemic….

“Nobody anticipated demand to be this strong this quickly. As a result, we have inventory-to-sales [I/S] ratios today that are at absolute record lows.”

Beyond the need for inventories to catch up, said Markowska, “You could make a very, very strong case that producers will increasingly target much higher levels of precautionary inventory as they shift from ‘just in time’ to ‘just in case.’” If so, “they may actually overshoot pre-pandemic I/S ratio levels,” she said.

Really strong peak seasons can last longer than normal, through October and into November. What’s being talked about in Miller’s article is much more than that. If things continue the way Jefferies sees them, freight rates will likely remain high, though likely not as high as they are now, through the rest of the year and into 2021 unless the carriers mess up or government intervention steps in. 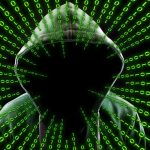