Will a Ballpark Really Get Built in the Port of Oakland?

By Jared Vineyard
Posted February 21, 2019
In business, container ports, Port of Oakland, shippers, Shipping Container
Will a Ballpark Really Get Built in the Port of Oakland?2019-02-212022-11-29https://www.universalcargo.com/wp-content/uploads/logo-white.pngUniversal Cargohttps://www.universalcargo.com/wp-content/uploads/bjarke-ingels-group-oakland-designboom-1800.jpg200px200px
0

The Oakland Athletics, lovingly known by their fans as the A’s, don’t want to play baseball at the Oakland Coliseum anymore. Their plan? Build a new ballpark in the Port of Oakland.

I’ve been to the Oakland Coliseum a couple times and would say I don’t blame them for wanting a new park, but I was actually there for football games—not to root for the Raiders, who also are abandoning the Coliseum (and Oakland in general), but to root for the visiting Detroit Lions. I thought the Coliseum must be the worst football field in the NFL, but that was mainly because it was actually a baseball field with sand and all. I figured it was probably fine for a baseball team.

When I first read that the A’s wanted to build a ballpark in the Port of Oakland, my first reaction was that’s a bad idea. There are two main reasons I thought this with a possible third.

The first reason I thought this ballpark would be a bad idea is that space at ports is a big commodity. Even if the space at the Port of Oakland they were thinking of using for this ballpark isn’t currently a spot where there’s an active terminal, there always seems to be a growing need for more space to store or hold shipping containers and chassis.

But let’s say this space isn’t fully needed for container or chassis storage at the moment, world trade keeps growing — even if growth isn’t as large currently as it was once forecast to be. Trade growth means the number of TEU’s of cargo going through the port keeps getting bigger. That means that even if the space isn’t needed now, it may be needed in the future.

Giving up space at the port to a permanent structure like a ballpark reduces the port’s ability to grow its capacity to meet future demands of cargo movement.

Have you ever been to a professional sports game? Did you drive? How long did you spend sitting in your car before and after the game?

All the extra traffic going in and out of the port for games could cause traffic congestion that truckers who transport shipping containers to and from the Port of Oakland may get caught in.

Congestion with trucks getting in and out of ports with cargo containers directly affects port congestion, which causes costly delays for shippers.

Really, both reasons #1 and #2 equate to possible increased congestion at the Port of Oakland, which is the last thing shippers whose cargo moves through it want to see.

Possible Reason #3 That Is Probably Silly on Second Thought

In the CBS article from back in November that I read about the A’s unveiling of their plans for a ballpark at the port, it said this ballpark would be the smallest park in the MLB. That made me think there would be an increased chance for big league hitters to literally knock the ball out of the park.

I imagined such balls potentially causing problems at the port.

However, on second thought, I imagine it would be unlikely for balls hit out of the park to become a hazard at the port. I don’t know how far such balls might travel, but surely the stadium would not be designed or built in such a way to allow baseballs crashing down where longshoremen are working.

But that didn’t stop my brain from picturing a dockworker on a crane getting popped on his hardhat while operating a crane and bumping a lever that drops a shipping container on his buddies.

That just got really dark. Or cartoonish. Depending on how you picture it. Either way, very unlikely. Flying baseballs probably aren’t a real problem. Not to mention, it’s unlikely such a ball could damage cargo inside a shipping container or a metal crane, etc.

So the thought is silly… Right?

Coalition Opposes the Ballpark at the Port

There’s a large group booing the port ballpark plan as passionately as I heard Raider Nation booing the Lions during my visits to the Coliseum. That’s pretty passionately if you’ve never seen a Raiders game. Chris Dupin reported just two days ago (February 19th) in an American Shipper article:

A coalition of business trade associations, labor unions and environmental groups is asking California state legislators not to pass legislation that would further relax environmental protection laws so that a new ballpark for the Oakland Athletics could be built on the Port of Oakland’s Charles P. Howard Terminal.

The coalition, which includes the Pacific Merchant Shipping Association, Harbor Trucking Association, various International Longshore and Warehouse Union locals, Sierra Club chapters, Agriculture Transportation Association and another dozen organizations asked state lawmakers “to avoid the introduction of any bills which would further erode the state environmental laws that apply to a stadium project,” adding they “would oppose any legislation relaxing the environmental laws that apply to the construction of a stadium project at Howard Terminal.”

It turns out, the coalition has two of the three initial concerns I had about building a ballpark at the terminal.

The coalition worries about “possible obstacles to trucks moving to and from marine terminals” according to Dupin’s article. And it turns out, the space at the terminal the A’s are after actually is being used for international shipping related business. Dupin writes:

Howard Terminal is currently used by truckers for short-term parking of tractors and containers. Mike Jacob, vice president and general counsel for the PMSA, told the BCDC (San Francisco Bay Conservation and Development Commission) that just because the terminal is no longer under long-term lease from the Port of Oakland does not mean it is not performing an important role in the port.

Not only does the coalition share my number one and number two concerns, but the coalition also adds a third and fourth concern that are far more substantial than my probably silly one about flying baseballs.

Listed in the American Shipper article are “infringement of the buffer around the port that separates it from housing” and a desire “to make sure the stadium and housing would not be subsidized by seaport revenues.”

And, of course, I’m not even mentioning the “relaxing the environmental laws that apply to the construction of a stadium project at Howard Terminal” brought up in the initial quote from Dupin’s article.

These are adding up to a lot of arguments against the A’s new park. Which brings us to…

Likelihood of BallPark Getting Built at Port of Oakland

Despite my initial reaction that a ballpark at the Port of Oakland is a bad idea, a waterfront ballpark like this does actually sound really cool.

Certainly, the A’s organization has put significant time and money into this plan. Chris Dupin’s article even lists some things that happened to move the ballpark closer to a reality:

The commission also approved a contract with the Oakland A’s for the BCDC and consultants to conduct the analysis required by the commission to consider removing that port priority use area designation from the terminal.

At the same time, the BCDC voted to begin the process of updating that San Francisco Bay Plan and Seaport Plan, which encompasses not only the Port of Oakland but the ports of San Francisco, Redwood City, Richmond and Benicia.

However, there are a great many obstacles to making these ballpark plans a reality.

Andy Dolich, a sports business consultant and former top executive with the A’s, 49ers, and Warriors, wrote a whole article about why this ballpark won’t happen, even calling it a fantasy right in the title.

In the article, Dolich goes through a viability checklist for the project that gives no less than 11 items that add up to the conclusion that the ballpark at the Port of Oakland’s Howard Terminal will never happen.

In the end, the ballpark seems unlikely to happen. Or just a fantasy, as Dolich says. But then again, didn’t all the things that people managed to accomplish across the full scope of history start as fantasy, including the ports and all the structures in and around them? This is where I’d insert Jim Carrey from Dumb and Dumber saying, “So you’re telling me there’s a chance.”

Dumb and Dumber- So you're saying there's a chance

Yes, there’s a chance this ballpark could happen. But the odds are not good, as Mary Swanson told Lloyd his chances were with her.

While that wasn’t good news for Lloyd, despite his optimism, it probably is good news for shippers importing and exporting through the Port of Oakland. 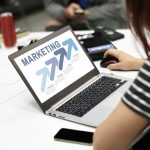 How To Find the Perfect Name for Your Company that Does International Businessbusiness, business tips, exporters, Global Business, international business