Is This the Month We See a U.S.-China Trade Deal?

Last month, we finally saw progress in trade negotiations between the U.S. and China. A change in negotiation strategy has the two sides working out multiple smaller deals instead of one massive trade deal. President Trump even toted a Phase One Trade Deal as being worked out by negotiators.

While maybe not completely free of exaggeration, since some work still has to be done on the deal before it can be signed, the president’s words were not as hyperbolic as his critics would assume. Beijing also talked about progress in the trade talks and a Phase One Deal as if it were about to drop.

The Trump Administration’s plan on the Phase One Trade Deal was to finalize it by and sign it at the Asia-Pacific Economic Cooperation (APEC) summit this month. But there’s a problem. The APEC summit has been cancelled.

Ankit Panda reported in the Diplomat:

The APEC summit was supposed to happen on November 16th and 17th. Now we have a question: Will the Phase One Trade Deal still be signed around that time? Or even this month at all?

China is pushing for more tariff roll-backs in the Phase One Trade Deal according to a Reuters article by David Lawder and Andrea Shalal:

China is pushing U.S. President Donald Trump to remove more tariffs imposed in September as part of a “phase one” U.S.-China trade deal, people familiar with the negotiations said on Monday.

Another source briefed on the talks said Chinese negotiators want Washington to drop 15% tariffs on about $125 billion worth of Chinese goods that went into effect on Sept. 1. They are also seeking relief from earlier 25% tariffs on about $250 billion of imports from machinery and semiconductors to furniture.

A person familiar with China’s negotiating position said it is continuing to press Washington to “remove all tariffs as soon as possible.”

It is practically inconceivable that President Trump would agree to the removal of all tariffs he’s imposed during this trade war in the Phase One Deal. However, reducing or removing some of the tariffs could certainly happen. China wanting tariffs removed gives U.S. negotiators a bargaining chip to ask for something they want for China. However, China already feels like it is conceding more than the U.S. in the Phase One Trade Deal according an article by Wendy Wu in the South China Morning Post:

… a person familiar with the internal government discussions said there were still concerns that China might have made too many concessions while the United States should have been more responsive to China’s key concerns.

“The deal is not balanced yet,” the person said, declining to be named because of the sensitivity of the issue.

If China really feels the deal is uneven and we’re looking at a period of new demands, proposals, or compromises being put forward, negotiations could get slowed down and this deal delayed.

New Deadline for Phase One Deal

Many are calling this Phase One Trade Deal the U.S. and China are working on a ceasefire to the trade war. The most well-known detail of the deal is that it would postpone any upcoming tariff hikes the U.S. has planned on Chinese goods.

The next big date for tariff hikes on the calendar is December 15th. Most of a group of $300 billion worth of Chinese goods that had previously been scheduled for tariff hikes were postponed to that December date so those tariffs would miss international shipping’s peak season and not cause a potential negative impact on the Christmas and holiday shopping season. Originally, those December 15th tariff hikes were to be 10% increases, but that was increased to 15%.

If the Phase One Trade Deal does fail to be completed and signed by the original November 16th/17th target, the new deadline becomes December 15th to stop those 15% tariff hikes from hitting. Or at the very least postpone them.

A postponement may not be enough for China. In that South China Morning Post article, Wu wrote:

Beijing wants Washington to make a solid commitment towards removing tariffs, saying that without this move a visit to the US by President Xi Jinping would be politically difficult, according to a source familiar with internal government discussions.

Optimism is still high for this deal to be made imminently. New signing locations are even being suggested, with Trump suggesting Iowa. Anirudha Bhagat even reported in Market Realist article that stocks soaring because of the optimism over a U.S.-China trade deal.

However, China’s pushing for a more tariff roll-backs and desire for a bigger commitment from the U.S. on removing tariffs is enough to have us anxiously eyeing negotiations as those mid November and December dates approach.

I think everyone is ready for an end to these tariff hikes and the U.S.-China Trade War. 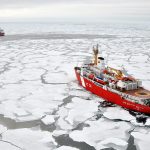