Back in November, we blogged about Maersk no longer being the number one carrier. Today’s blog headlines with Maersk still being number one. So what gives?

The previous blog was about who moved the most cargo measured in twenty-foot equivalent units (TEU). In the third quarter of 2017, Cosco moved in front of Maersk to the top spot in terms of TEU of cargo being shipped.

While Cosco may have managed to move more cargo than Maersk for a certain period, Cosco is not even in second place when it comes to actual capacity.

Maersk Line has consolidated its position as the world’s largest container carrier, increasing its lead over MSC after its capacity was swollen by an 26.8% to 4.15m teu.

Maersk announced the final regulatory approval and closing of its acquisition of Hamburg Süd back on November 30th. But apparently, the carrier didn’t even need the 105 Hamburg Süd vessels the acquisition integrated into Maersk’s fleet to keep its capacity lead on MSC from shrinking.

Wackett continued in the Loadstar article:

Notwithstanding the Danish carrier’s acquisition of Hamburg Süd, [Maersk’s] organic growth matched that of MSC, which has a tradition of developing its business solely by customer base expansion, and recorded a year-on-year gain of 10.8% last year.

While Cosco was not one of the top two carriers by capacity, the carrier is in the top tier of carriers according to Alphaliner research, which Wackett’s Loadstar article is based upon.

Alphaliner’s top tier is referred to as the premier league of Maersk, MSC, CMA CGM, Cosco, Hapag-Lloyd, Evergreen and the new Ocean Network Express (ONE) in the Loadstar article.

The order the carriers are listed there is actually the order in which they rank by capacity. That means Cosco actually comes in at fourth.

Cosco’s operating capacity increase was a more modest 11.1% last year, to 1.8m teu. However, Alphaliner notes that this figure will be boosted this year by 700,000 teu of capacity from the purchase of OOCL, putting the Chinese state-owned carrier on a par with CMA CGM, before the addition of 319,000 teu of newbuild deliveries.

In reality, having less capacity but moving more cargo seems better. Yet, carriers seem to battle over capacity leads as much as or more than actual cargo movement.

In Maersk’s press release mentioned above, the press team boasts about the capacity the merger gives the company:

Together, Maersk Line and Hamburg Süd will have a total container capacity of 4.15 million TEU and a 19.3% global fleet capacity share (Alphaliner, 27 November 2017).

It is obvious that how much capacity a shipping line has in comparison to others is important to carriers.

However, in an industry plagued by overcapacity, carriers battling for larger percentages of market capacity is deleterious.

While carriers continue to fight for more capacity than competitors, overcapacity will continue to plague the industry. For leaders at the top like Maersk, this is not much of a problem. The world’s largest shipping company by capacity can survive downward pressure on freight rates.

Many of its competitors may not be able to stay above water with so much more capacity than demand. That would mean us coming closer to Maersk’s prediction of only three global companies left when it comes to carrier competition in the international shipping industry.

Such shrinking in competition would ultimately be bad for shippers. 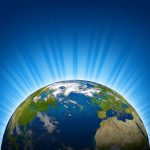