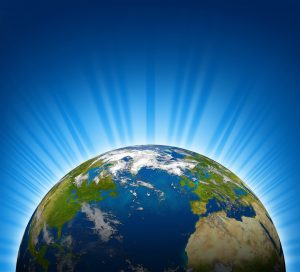 Decarbonization is one of the top priorities of the ocean freight industry in order to reduce greenhouse gas emissions and fight global warming. But apparently, emissions from all those ships out on the ocean have actually caused global cooling over the last century.

MIT Technology Review posted an article written by James Temple that opens with:

Studies have found that ships have a net cooling effect on the planet, despite belching out nearly a billion tons of carbon dioxide each year. That’s almost entirely because they also emit sulfur, which can scatter sunlight in the atmosphere and form or thicken clouds that reflect it away.

The article headlines with, “We’re about to kill a massive, accidental experiment in reducing global warming,” which is explained as Temple continues to write:

In effect, the shipping industry has been carrying out an unintentional experiment in climate engineering for more than a century. Global mean temperatures could be as much as 0.25 ˚C lower than they would otherwise have been, based on the mean “forcing effect” calculated by a 2009 study… For a world struggling to keep temperatures from rising more than 2 ˚C, that’s a big helping hand.

That ocean freight shipping has actually caused global cooling rather than simply being a significant source of CO2 gas that contributes to global warming is one of the craziest things I’ve heard in a long time.

Everyone seems concerned about global warming. Well, almost everyone: 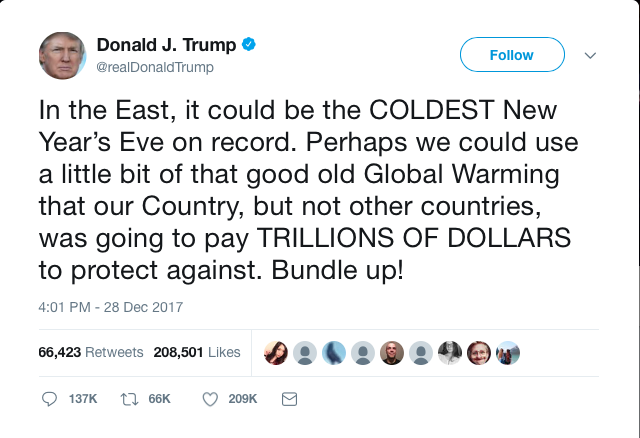 We’ve certainly posted many articles concerning global warming and the international shipping industry in Universal Cargo’s blog over the years. Here are several:

A Windshield on a Container Ship?

Could More Ocean Shipping Be the Solution to Climate Change?

Is the International Shipping Industry Dirty?

The most recent headlines are about things the international shipping industry is doing to reduce or even eliminate emissions that contribute to global warming. It’s ironic that these efforts to fight global warming should end an agent of global cooling.

Recent studies indicate that the cooling due to altered clouds far outweighs the warming effects from greenhouse gases such as carbon dioxide (CO2) or ozone from shipping, overall causing a negative present-day radiative forcing (RF). Current efforts to reduce sulphur and other pollutants from shipping may modify this. However, given the short residence time of sulphate compared to CO2, the climate response from sulphate is of the order decades while that of CO2 is centuries. The climatic trade-off between positive and negative radiative forcing is still a topic of scientific research, but from what is currently known, a simple cancellation of global mean forcing components is potentially inappropriate and a more comprehensive assessment metric is required. The CO2 equivalent emissions using the global temperature change potential (GTP) metric indicate that after 50 years the net global mean effect of current emissions is close to zero through cancellation of warming by CO2 and cooling by sulphate and nitrogen oxides.

Scientists are working on ways to increase cloud cover (without harmful pollutants like sulfur) in order cause global cooling like shipping has done. While controlling the weather has been a popular subject of science fiction and film, there may be ethical questions and perhaps dangerous consequences to intentionally affecting the weather. But that’s a topic for a whole other blog.

If you’re interested in another blog about shipping affecting the weather, check out this one: