Trade Deal with China Reached — No Tariff Hikes in December

The 15% tariff hikes on Chinese goods that were scheduled to hit Sunday (December 15th) didn’t happen. Instead, we got the Phase One Trade Deal just days earlier.

That’s right, we finally have a trade deal with China. That doesn’t mean this is the end of all tariffs, trade negotiations, or even the trade war. But this is big.

The U.S. and China agreeing to terms on the Phase One Trade Deal also means the retaliatory tariff hikes China was planning to implement on U.S. goods over the weekend (also on Sunday) were cancelled too.

Let’s get into what we know about the trade deal.

Build Up to Phase One Trade Deal

The impeachment drama has overshadowed the trade deal negotiations over the last few weeks in the national media, but there has been some serious build up to the Phase One Trade Deal, with major optimistic and pessimistic swings about whether or not it would actually happen, for close to a two-month period if you follow international shipping news and read Universal Cargo’s blog specifically.

While we’ve been waiting for a trade deal between the U.S. and China for about a year and half through this tariff-filled trade war, it wasn’t until the latter part of October that we started waiting for the Phase One Trade Deal. It was then that a new plan to break the trade deal up into phases was introduced.

The change in strategy to do a trade deal in phases came with progress we hadn’t previously seen in trade negotiations between the U.S. and China. Both sides were suddenly talking like a phase one deal was happening. Optimism skyrocketed. Trump made it clear he wanted to sign the deal at the Asia-Pacific Economic Cooperation (APEC) summit in mid-November. Then a problem hit.

The APEC summit was cancelled. Naturally, questions popped up about when and where this deal would be signed. Then questions became much more pessimistic. Would the Phase One Trade Deal get signed? Our blog posts on the topic went from “Is This the Month We See a U.S.-China Trade Deal?” at the beginning of November to “Phase One Trade Deal Looking Less Likely” by mid-November.

Part of that movement toward pessimism about a deal happening came with reports of China demanding removal of previously imposed tariffs, not just the ones that were supposed to happen on December 15th. President Trump kept saying the deal was close, but he also switched from talking about the Phase One Trade Deal as something that is happening to something that could happen with quotes like “… we will only accept a deal if it’s good for the United States and our workers and our great companies…”

Most figured between China now demanding roll-backs on tariffs beyond what President Trump would likely give for the Phase One Trade Deal and the Republican president being wrapped up in a Democrat-led impeachment, we would not be seeing a Phase One Trade Deal before the end of 2019.

However, it turned out those December-15th-scheduled tariff hikes created a strong enough deadline for a deal to be reached.

Obviously, the December 15th tariff hikes (from both countries) not happening is good news for U.S. shippers, both importers who source from China and exporters who manufacture or grow goods sold in China. But many shippers are hoping for more. They’re hoping this means all those other tariff hikes that happened during the trade war will go away too.

Since China wanting the removal of previous tariff hikes the U.S. imposed on the country’s goods during the trade war appeared to be the biggest hold-up of this deal being completed, it would not be strange to ask if those tariffs are being lifted as part of the Phase One Trade Deal. Maybe President Trump wanted a good headline in the middle of the impeachment so badly he gave China the tariff relief they wanted to get the deal done. It’s possible. After all, President Trump was willing to remove steel and aluminum tariffs on Canada and Mexico in getting his USMCA trade deal.

If  you were hoping for all those tariffs to go away, prepare to be disappointed.

While all the details of the Phase One China deal are not yet released, President Trump did say about the deal, “The tariffs will largely remain, 25% on 250 billion dollars…”

There is, however, that phrase “largely remain” in the president’s words. That implies that some of the previous tariff hikes were removed or reduced. We’ll have to see once the full deal is released what concessions the U.S. made when it came to tariffs. However, 25% on $250 billion worth of goods is the bulk of the tariffs President Trump imposed on China.

Why Do Previous Tariffs Remain?

It seems obvious, but those tariffs remain for the sake of negotiations. From the start of this trade war, President Trump has been using tariffs as bargaining chips. Remember when the 25% tariffs on $250 billion worth of Chinese goods was supposed to become 30%? That was supposed to happen October 15th, but an interim handshake deal in early October led to President Trump cancelling the increase.

Even this Phase One Trade Deal came only days before a tariff hike was supposed to hit. Tariffs are President Trump’s favorite piece of negotiating leverage. When speaking of the Phase One Deal, the president even spelled out that the tariffs are still there for negotiating the Phase Two Deal:

Does the Deal Help the Trade Deficit?

All the way back to his campaign trail on the way to the presidency, President Trump has railed upon the trade deficit with China. That’s part of what the trade war is about. Part of the Phase One Trade Deal is agreement from China to increase purchasing of U.S. goods.

David Lawder, Andrea Shalal, and Jeff Mason report in a Reuters article about the trade deal:

U.S. officials say China agreed to increase purchases of American products and services by at least $200 billion over the next two years – nearly doubling U.S. exports to China – with an expectation that the higher purchases will continue after that period.

The purchases include manufactured goods, agricultural goods, energy and services, and are expected to reduce the $419 billion U.S. trade deficit with China, officials said. China bought $130 billion in U.S. goods in 2017, before the trade war began, and $56 billion in services, U.S. data show.

China has made no mention of hard targets but has said it will import more U.S. wheat, rice, corn, energy, pharmaceuticals and financial services.

President Trump especially emphasized the agricultural part of that:

We’re still waiting to see the details of the Phase One Trade Deal released. China’s unfair trade practices around the transfer of intellectual property (IP) is a central issue in the trade war between the U.S. and China.

One would think the rules and regulations President Trump included in his list of things covered in the deal would be in regard to things like forced IP transfer and other such unfair practices. However, it is unclear exactly what protections, rules, or regulations might be included in the deal.

The Reuters article does share the general information the U.S. Trade Representative (USTR) and China’s Vice Minister of Commerce gave on the topic:

The deal contains commitments by China to follow through on previous pledges to eliminate any pressure for foreign companies to transfer technology to Chinese firms as a condition of market access, licensing or administrative approvals and to eliminate any government advantages for such transfers, according to USTR.

Chinese Vice Minister of Commerce Wang Shouwen said the two countries have reached a consensus on cracking down on counterfeit goods and stepping up protection of intellectual property, but at China’s own pace.

When Do Negotiations Start on the Phase Two Deal?

You’re so impatient. We don’t even know the details of Phase One and you’re already asking about Phase Two? What? You didn’t write that heading? If you’re wondering about this, President Trump says negotiations will start soon:

It can be gathered from the president’s words that the urgency for the Phase Two Trade Deal isn’t as strong from the Trump Administration as it was for the Phase One Deal. There may be some political motivation in not rushing to get it done before the election. Perhaps President Trump wants to be able to say something along the lines of, “I got a Phase One Trade Deal done with China. If you want the Phase Two Deal, reelect me.”

At the same time, I suspect if the president is able to reach a phase two deal before the election, he would go for it. 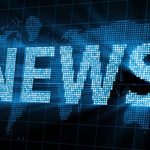 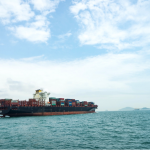