What would happen if ocean freight carrier alliances were brought to an end?

Many shippers would cheer as they’re currently seeking to make such an outcome a reality. But would it really be good news for shippers?

As much as shippers may see carrier alliances as a way shipping lines are skirting antitrust laws (and there’s reason for distrust with recent price-fixing investigations into carriers, even some charges resulting in a K-Line executive pleading guilty to price fixing in 2014 and an NYK exec pleading guilty of price fixing in 2015), it’s the vessel sharing agreements, under which carriers work together, being broken up that shippers should really worry about. That according to Mr. Jensen, who says an end to carrier alliances will cause freight rates to skyrocket.

In an article for the Loadstar, Gavin van Marle reports remarks Mr. Jensen made on Tuesday (June 18th, 2019) at the TOC Container Supply Chain event in Rotterdam:

Shipper opposition to deepsea liner shipping alliances may be dangerously misplaced, delegates at the TOC Container Supply Chain event in Rotterdam heard yesterday.
Lars Jensen, chief executive and partner of SeaIntelligence Consulting, said efforts by some to bar container lines from operating in alliances, claiming they have become anti-competitive, would result in freight rates “skyrocketing”.

Mr. van Marle makes it clear the impetus for Mr. Jensen’s words is the European Commission’s regulators assessing whether or not to extend EU’s Block Exemption Regulation (BER) for five years. The BER is the EU’s legislation that covers vessel-sharing agreements (VSAs), which are commonly referred to as carrier alliances, essentially exempting these agreements from being antitrust law violations.

BER does not give carriers a carte blanche when it comes to antitrust rules. Carriers, for example, are not allowed to communicate and cooperate in regards to freight rate points. VSA cooperation is supposed to be strictly limited to ship sharing matters.

Of course, shippers have been suspicious from the start of carrier alliances that cooperation bleeds into price point sharing and reduces competition between carriers.

Because shippers see VSAs or carrier alliances as a reduction in carrier competition, potentially exacerbating the poor quality of customer service carriers are notorious for and increasing freight rates, there are shippers attempting to persuade regulators not to extend the BER.

Obviously, Mr. Jensen argues shippers will not get what they’re hoping for if they succeed in keeping the BER from getting extended. In his Loadstar article, Mr. van Marle continues to quote Mr. Jensen as the SeaIntelligence CEO explains why ending the BER will be expensive for shippers:

Mr Jensen said: “If the anti-trust exemption isn’t extended, it doesn’t necessarily mean shipping lines can’t run alliances. It may well just mean the lines have higher hoops to jump through, and I doubt that they will do that.

“But it will mean a lot of legal costs and the carriers will have to recoup those costs and the only [way] they can do that is through higher rates,” he added.

“However, if shipping alliances are outlawed altogether, then freight rates will skyrocket, because alliances are the only way that carriers can operate ultra-large container vessels (ULCVs) effectively.”

I have long had mixed feelings about carrier alliances, myself. Yes, they are a reduction of carrier competition in the international shipping industry, and I’m not a fan of shrinking that competition. Smaller competition (in any industry) usually means higher prices and lower service.

However, the incredible financial losses carriers have suffered over the last many years (and, yes, I would argue those losses are largely by their own doing) and the very tight profit margins carriers seem to be working within has made carrier alliances basically a necessity in reducing costs and keeping these big shipping companies from sinking like Hanjin did a few years back. There is also the argument that VSAs create more ability and flexibility for carriers to offer more sailings, so that’s a case where carrier alliances could increase service instead of decreasing it.

I’m actually of the opinion that if the carrier alliances ended suddenly today, several carriers would have trouble competing with the top dogs of the industry like Maersk and suffer the same fate as Hanjin or at least be forced into mergers or buyouts. We possibly might even eventually reach Maersk’s prediction of carrier competition shrinking to only 3 global companies.

While my position on the situation of carrier alliances is not as extreme as Mr. Jensen’s, whose final quote in the Loadstar article is, “So I am of the opinion that shippers should pray the lines are allowed to continue to operate alliances,” I do think the sudden disbanding of VSAs would not be in the overall interest of shippers.

But what do you think? Feel free to share in the comments section below. 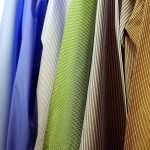 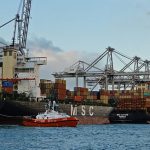