Things Getting Bitter Between Maersk & MSC in Their 2M Alliance

MSC Mediterranean Shipping Company, a global leader in transportation and logistics, is pleased to announce that Søren Toft will join as Chief Executive Officer. 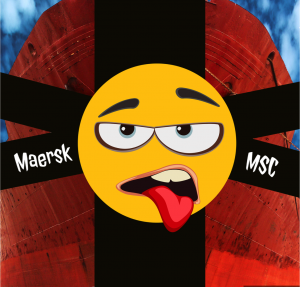 Normally, we don’t publish blog posts about carriers’ executive moves, except this one has the potential to send waves through the landscape (or oceanscape?) of carrier alliances dominating ocean freight shipping.

Why? Glad you asked.

Mike Wackett reported in an article on the Loadstar:

Effectively, Mr Toft is on “gardening leave” from Maersk while the legal issues are agreed, but one source told The Loadstar yesterday Maersk “would not make it easy” and that the poaching of this star executive had left a “bitter taste” in the day-to-day 2M relationship.

MSC’s move to snatch away Maersk’s COO is actually just the latest event in a rift that has been growing between the shipping lines for years.

Last month, we posted a blog about MSC making moves to usurp Maersk’s throne as the world’s largest carrier by capacity. The bitterness is almost palpable when you read the Maersk quote we pulled from another Mike Wackett Loadstar article:

A senior Maersk manager said, “MSC are getting too big for their boots and we have a fight on our hands to stop them.”

Those certainly don’t sound like the cooperative words from one company about another with which it’s in alliance. While bitterness seems to have ramped up over this month and last, it was all the way back in 2016 when signs of trouble between the carriers were first seen.

In a blog post titled “Is There Trouble in 2M Alliance?” we highlighted the moment when the honeymoon ended between Maersk and MSC and the cracks in their alliance became visible.

It was shortly after Hanjin Shipping collapsed. Maersk and MSC moved in with their 2M Alliance to scoop up vacated market share. Then things got weird when Maersk announced a joint service, but MSC, instead, moved forward with a service that didn’t include Maersk.

What Does All This Mean for Shippers?

Now, there is the conspiracy theorist in me who thinks it’s possible that the bitterness and rift between Maersk and MSC is all show to mask that the executive from the one company is joining the leadership of the other company in some big pricing collusion plot. However, it is much more likely that the rift and bitterness is real.

If the strife between the world’s largest ocean carriers is enough to split up their alliance, we would likely see a reshuffling of alliances happen very quickly. Such an event would come with serious service changes and could mean shipping interruptions for importers and exporters.

Additionally, in the reshuffle, some carriers may get left out. Carrier alliances have basically become a necessity for shipping lines to survive in the international shipping industry. It wouldn’t be surprising to see more carrier buyouts, mergers, or even bankruptcy in such a situation, getting us closer to Maersk’s prediction of the industry shrinking to just 3 global carriers. 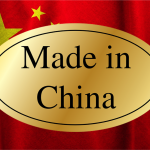