Worried about a trade war with China? Here’s some good news.

Ever since President Trump announced Section 301 trade action including tariffs on imported goods from China, the world has feared the two countries spiraling into a full-fledged trade war. In fact, threats between the countries quickly climbed to $150 billion worth of tariffs to be imposed by each country on goods from the other.

Mnuchin said in the Fox interview that the $150 billion worth of tariffs the Trump administration threatened China with have been put on hold while they try to “execute the framework” the two countries have agreed to during trade talks.

In the interview, Mnuchin described the negotiations and framework with China as follows:

…we’ve made very meaningful progress and we agreed on a framework, which is important to understand. And the framework includes their agreement to substantially reduce the trade deficit by increasing their purchases of goods. We also discussed very important structural issues that they’re going to make in their economy to make sure that we have a fair ability to compete there. And also protections about technology, which have been very important to the president.

While Mnuchin did say that all of the $150 billion worth of tariffs on Chinese goods are on hold, he made it clear that President Trump can always put the tariffs back on if China doesn’t follow through with its commitments.

So the news isn’t exactly trading war canceled yet.

Key areas of trade mentioned by Mnuchin are agricultural and energy exports from the U.S. to China. U.S. exports in these sectors are to be greatly increased and factor largely into the reduction of the U.S. trade deficit with China.

When pushed about whether the Trump administration was getting China to agree to the specific trade deficit reduction target of $200 billion Trump had previously talked about or any specific target numbers at all, for that matter, Mnuchin refused to give any specific targets. He did, however, say there are specific targets that he won’t disclose publicly, but they go industry by industry.

In the White House press release proclaiming May 20th through May 26th of 2018 as World Trade Week, President Trump says:

The United States will no longer tolerate any foreign nations gaining unfair advantages on American industries by stealing or forcing the transfer of our companies’ technology or intellectual property, subsidizing their exporters, illegally dumping products into our markets, and building excessive and unnecessary capacity. These unfair and distortionary trade practices flood global markets, depress prices, and harm our companies and workers. We will not allow these practices to compromise our leadership in intellectual property, digital products, innovative technology, manufacturing, agriculture, and numerous industrial sectors.

The trade practices highlighted in those words from the president are the same practices the Trump administration has accused China of and says the agreed upon trade framework addresses.

“I encourage Americans to observe this week with events, trade shows, and educational programs that celebrate the benefits of trade to our country,” President Trump says in the proclamation. 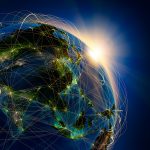 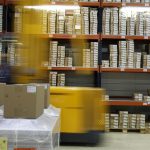