The people of China are standing up against the tyrannical Covid Zero a.k.a Zero Covid policies their government continues to enforce on them. These policies have disrupted supply chains through major Chinese cities and ports over the last few years, but more importantly, they have disrupted (likely costing many) lives of the Chinese people, putting on display the lack of freedom citizens have under the Chinese Communist Party (CCP).

Seeing uprisings in cities all over the country where people gather, chant, hold up blank signs to represent the things the communist government doesn’t allow them to say, and fight back against the police sent to suppress them inspires hope that China could see change. It also creates fear of a repeat of the massacre of Tiananmen Square.

The current uprisings in China are being called unprecedented by the press. It seems to be getting that descriptor because of the size of the protests and the number of cities in which it’s happening. However, it should be remembered that the student protest in 1989 grew beyond students to over a million people in Tiananmen Square and included hunger strikes through many Chinese cities.

Unprecedented or not, this is definitely the most significant act of civil disobedience in China in the decades since the Tiananmen Square massacre. The inciting incident was the death of people in a fire, which fellow citizens believe could have been prevented if not for Covid Zero policy.

Sam Whelan reported in The Loadstar:

A fire which killed 10 people in Urumqi, capital of the western Xinjiang region, appears to have triggered the widespread unrest, and strong-arm reprisals from the authorities.

The city had been under lockdown for more than 100 days and protesters took to the streets, blaming Covid-restrictions for delaying the response to the tragedy by emergency services and calling for an end to the lockdown.

Similar protests broke out over the weekend in cities including Shanghai, Beijing, Guangzhou, Wuhan and Chengdu, with videos on social media showing largely peaceful protests and vigils outside universities.

Shanghai Lockdown Not Really Over

Those are just a handful of posts in which I criticized the horrific actions the CCP has been committing against its people. But it’s easy for me to criticize from across the ocean. For Chinese people to stand up against their government’s actions, with many even calling for Democracy, they’re putting their very lives on the line. And the CCP is cracking down on them.

While protests continued in the more free “Special Administrative Region” of Hong Kong, Chinese police in major cities, including Shanghai and Beijing, worked to put an end to protests that had been intensifying across the country since last week.

Videos from the country have emerged in recent days showing both angry protesters and the attempted police crackdown, with protesters overturning tents at the nucleic acid testing site in Guangzhou City Monday. Meanwhile, police arrived at protests in a fire truck in Southern China and attempted to disperse protesters with a fire hose.

The show of force has largely worked to quiet the cities, with no word of additional protests in Shanghai or Beijing on Tuesday, according to the Associated Press.

Chinese universities sent students home on Tuesday in addition to the increased police presence in the streets, with police making checks on people’s phones in the streets and in subway stations. One Shanghai resident, who did not give the Associated Press his name over fears of retribution, said his phone was checked at a subway station while he was on the way to a protest he read about online, but he was unable to find the protest.

Meanwhile, those who took part in protests over the weekend have reported that authorities are trying to hunt them down, according to a BBC report. Several Beijing residents told the outlet police had called them to demand information about their whereabouts.

Even if the authoritarian strong-arming of the Chinese citizens succeeds in quelling the protests in China, the people did at least have some measure of success. Lee reported:

Authorities have responded by easing some of the COVID restrictions in an attempt to relax some of the anger but have refused to back down from the country’s larger anti-COVID strategy.

Of course, while some Covid restrictions have been eased, there have still been new ones imposed in the wake of protests, as Whelan reported in the Loadstar article:

Shanghai-based Thomas Gronen, head of Greater China at Fibs Logistics, told The Loadstar: “The protests are very local actions. What will impact the supply chain, sooner or later, are newly imposed Covid restrictions. We have lockdowns in Beijing, Wuhan, Chongqing and a ‘work from home’ recommendation in Shenzhen.

Still, in perhaps an oddly positive result of the protests, the CCP has gone so far as to blame some of the bad policy resulting in these protests on local authorities rather than take responsibility:

Chinese authorities have claimed that the unrest over the country’s COVID policies were not the fault of the national government, instead pinning the blame on local districts for sometimes having “arbitrary measures” that have angered residents.

How is this blaming possibly a positive result of the protests? While we’re not seeing an end to Covid Zero policy in China, this blame game response may indicate the CCP will think twice about some extreme restrictions placed on its people and is trying to convince them it is not to blame for their largest grievances.

Unfortunately, blaming others for the disastrous results of bad policies is reminiscent of political leaders we have in this country. We’ve also seen rather authoritarian actions from our government since the onset of the pandemic. Shutdowns and lockdowns, masking requirements lacking scientific justification, and executive order to vaccinate regardless of legitimate reasons not to at the threat of losing your livelihood are a few. Add censorship of dissenting voices – even those of experts in the virology and vaccination fields of medicine – shows a need to be vigilant of the hard-fought-for rights we have in the U.S.

Bad inflation and the current negative economic outlook in the U.S. have helped to greatly reduce shipping demand. Importing from China in particular is down. The continued disruption from China’s Covid Zero policies likely are part of the reason for the reduced importing from the country. This time of civil unrest could easily add to the disruption to supply chains. However, the reduced demand likely also reduces how disruptive China’s Covid Zero policies and the backlash to them are and will be during this season.

This season is shaping into a rather abnormal one with plummeting demand. As Whelan also quoted Gronen as saying:

Probably the best piece of news for shippers among all this is that at least freight rates have been falling. 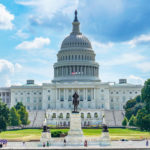