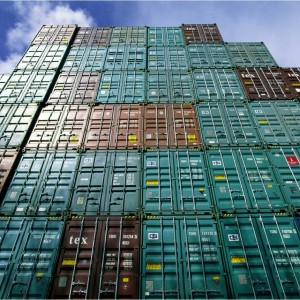 October’s transpacific ocean freight shipping volume was strong, but not as strong as September’s.

There were experts predicting October volume would match or exceed September’s, and in early October it appeared that they might be right. In fact, I prematurely declared myself as being wrong for being less bullish on the month. On October 8th, in a post about what’s going on with importing goods, I wrote:

While we were in the middle of a very strong September amid what has turned out to be a very strong peak season, a number of experts predicted that October would be just as strong or stronger than September. I was skeptical. Based largely on shipment numbers we were seeing here at Universal Cargo and cargo volume trends I’ve watched over the last decade, I thought volume was likely to come down some in October.

On September 15th, in a blog about container shortages and record high freight rates, I wrote:

Not only could I be wrong, that prepositional phrase I put at the end of that sentence is a dangling modifier. How embarrassing. Additionally, on September 22nd, in a post about regulators addressing freight rates, I added to my prediction of less volume in October that we should finally see an end to the skyrocketing freight rates:

How October Actually Turned Out

Universal Cargo shipments decreased by just over 7.3% in October from September, resulting in an October volume level that did land between July and August’s. The volume, however, was definitely closer to August’s shipment count than July’s.

October was a good month. Still, mitigating its strength a little is that there was a little larger than usual number of shipments originally estimated to be September shipments that became October ones due to carrier rollovers and shippers moving goods later than their original ETAs indicated. This ultimately made September look a little less strong than it originally appeared while making October look stronger.

While Universal Cargo’s shipment amounts are indicators of what’s happening in the industry as a whole, they are still anecdotal. Final confirmed industry numbers aren’t available yet, but estimates do show volume down in October a little bit from September.

The National Retail Federation (NRF) put out a press release yesterday (November 9th) that nicely shares confirmed volume, measured in TEUs (twenty-foot equivalent units), that U.S. ports handled by month along with the estimated volume for October and projected volumes for the rest of the year. It shows September at 2.11 million TEUs and October at an estimated 2.00 TEUs.

That might not seem overly significant, but that drop of approximately 110,000 TEUs of freight helped result in climbing freight rates finally leveling off in October, and even coming down a little bit over the month.

Tipping Point to Freight Rates Coming Back Down

The above doesn’t mean there is zero climbing being done by freight rates. Just last week Mike Wackett reported in an article for the Loadstar that there was a small uptick in transpacific rates:

However, it must be noted that SCFI recorded rates surpassing $4,000 per FEU by the end of September. That means that overall, October, while strong in terms of freight volume, did see some drop in both freight volume and freight rates.

Freight rates are still high, but there is some relief for shippers who have been watching freight rates climb to record levels in 2020.

Freight Costs & Volume Projections for the Rest of 2020

Does the little bit of rates creeping up at the beginning of November mean we’ll see rates and possibly volume back on the rise this month and into next?

With shipping container shortages still an issue and carriers talking congestion fees in November and December during what’s been dubbed shipageddon, there’s plenty on the horizon to keep costs high for shippers at the moment. However, there is also good news. Demand should start pushing rates in a downward direction.

I’ve been doing so much disagreeing with projections in 2020, it’s good to see one that I do agree with. That projection comes from the NRF, saying volume should decrease over these last couple months of 2020.

Businesses are still reopening and restocking, keeping volumes healthy, but we’re moving past most of the holiday season international shipping. That’s a big part of what puts me on the same page as what the NRF said in its press release about what we’ll see for November and December:

I’m not sure if we’ll drop below last year’s volume in December or not like the NRF says. Last year, December was following a very weak peak season because of all the early importing that happened to beat tariff hikes earlier in 2019 and at the end of 2018. It seems like there could still be more demand than that as businesses continue to recover from shutdowns.

On the other hand, the higher freight rates we’re seeing lead into the end of 2020 may cause businesses to wait for the new year before shipping in order to get better rates during the traditionally slow season. That could help the NRF be correct about December’s volume dropping below the last month of 2019.

No matter if December volume drops below what it was last December, it should be a continuing decline in volume that started slowly in October and is expected to be more significant in both November and December. Less volume should put downward pressure on freight rates.

Carriers have shown the ability to counter that downward demand by reducing capacity, especially with blanked (cancelled) sailings. Additionally, even though volume should reduce over this month and next, it is still healthy. Therefore, expect healthy freight rates from carriers for the rest of the year. Even though rates likely remain healthy, they should still come down a significant degree over the course of November and December from where they were at their peak at the end of September/beginning of October and where they are now. 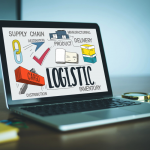 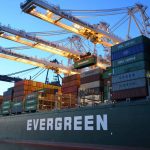