This is it! Universal Cargo’s final blog of 2017. This year certainly seems to have gone by fast.

Last year, we began a new tradition of ending the year in the blog with a look back at the top international shipping news stories of the year (click here for 2016’s Top 10)

This is your chance to get a quick recap of what the year looked like in terms of international shipping news.

Below you’ll find the top 10 stories listed with short summaries, links to the blogs that covered the story, and often Universal Shipping News videos on the story.

We love to count it down David Letterman style, so we’re going from 10 to 1. Let’s get it started.

#10 — Freight Rates Increase for a While Then Slip

Of course, freight rates are always part of the news cycle when it comes to international shipping. 2016 saw record low freight rates, but carriers had some success in 2017 increasing these unsustainable shipping prices. However, by the end of the year, freight rates began slipping again, and 2018 could end up seeing even lower rates than 2016.

There are a couple videos and four blog links below to get you caught up on all the freight rate drama surrounding 2017.

#9 — Automated Cargo Ships On the Way

Completely automated cargo and container ships are being built and planned to be put on international waters. This would probably be higher on the list if the ships actually started sailing this year. These automated ships aren’t scheduled to be on the water until 2019.

But still, this is a game changer in international shipping.

Could This Container Ship Be the Biggest Thing to Hit Transpacific Shipping?

World’s First Automated Cargo Ship Is On the Way

Maersk has been the #1 carrier for so long that it seemed like the carrier was untouchable. However, in the 3rd quarter of 2017, China Cosco Shipping Corporation (Cosco) moved more TEU of cargo than Maersk—5.49 million TEU to 5.26 million TEU—and it looks like Cosco will be able to continue loading more cargo than Maersk in the foreseeable future.

Maersk Is No Longer #1 Carrier

Around $5 trillion of cargo is shipped through major shipping lanes in the South China Sea every year. The importance of those waters to international shipping has caused the US to get involved in disputes between China and its neighbors over conflicting claims on the South China Sea. Tensions were getting quite high between China and the US over the waters under the Obama administration. When Trump took over the presidency, those tensions intensified.

A later news story on this list shows improving relations between China and the US under the Trump administration. However, that does not mean the issues in the South China Sea are resolved.

During peak shipping season, China cracked down on enforcement of anti-pollution laws. Local officials overreacted and shut down all possible pollution sources, which meant tens of thousands of factories, disrupting the supply chain at the source for many US importers. Despite the setback for shippers, this could be chalked up as a win for the environment.

While the impact these hurricanes had on international shipping is newsworthy, the more important stories here are the people who lost lives, friends, family members, and homes.

FALLOUT OF HURRICANE IRMA ON SHIPPING

This one is huge for US exporters. China is taking steps in opening its market to foreign goods from countries like the US. China cut tariffs on close to 200 goods with average drops from 17.3% to 7.7%.

This is also a much better story for US-China relations than #7 on this list was.

In April of 2017, the reshuffling of carriers into just 3 alliances that dominate international shipping officially launched. Ocean freight shipping is now controlled by the Ocean Alliance, THE Alliance, and 2M.

In March, many were worried about possible disruptions that might occur in the adjustment period to the new alliance arrangement. While there were a few minor disruptions and hiccups here and there, the transition went pretty smoothly. However, that doesn’t allay the ominous feeling so many shippers have over so few alliances controlling shipping.

This is unprecedented news. The International Longshore & Warehouse Union (ILWU) actually agreed to a contract extension in 2017 well before the current contract expires. This means shippers don’t have to worry about West Coast port disruptions caused by slowdowns, strikes, or lockouts during contentious contract negotiations as is the norm whenever the dockworker contracts expire at the ports.

The ILWU agreeing to a contract extension creates hope that the International Longshoremen’s Association (ILA) will do likewise at the East and Gulf Coast ports.

ILWU To Vote on Early Contract Extension, and It Could Pass!

CMA CGM Buying Mercosul as Maersk is Forced to Sell

What Do You Think?

What do you think about this list? Are there any big international shipping stories we didn’t include that you think should have made the top 10? Would you change the order? 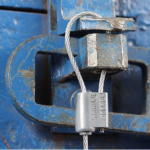 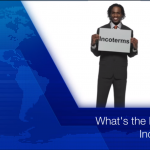